Qualcomm today announced the launch of the Snapdragon 636 Mobile Platform. The new design slots in between the recently announced 630 and 660 platforms

Qualcomm today announced the launch of the Snapdragon 636 Mobile Platform. The new design slots this SoC between the recently announced 630 and 660 platforms from Qualcomm. 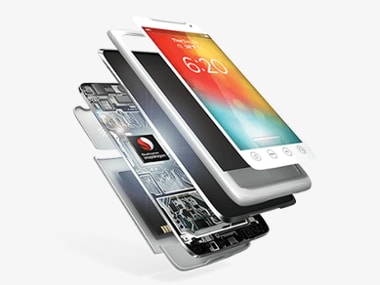 Built on a 14 nm FinFet process, the new platform features Kryo 260 CPUs that deliver up to 40 percent more performance than the 630. The new Adreno 509 GPU will boost performance over the last generation by 10 percent, says Qualcomm. The flagship 835 platform is built on a 10 nm process.

The platform fully supports the new ultra-wide displays (as seen on the Samsung Galaxy S8, Vivo V7 Plus, etc.) and incorporates support for features such as Qualcomm TruPalette, EcoPix and Assertive Display, all of which help to improve display quality. Qualcomm TruPalette improves display colour accuracy while Assertive Display improves display performance under harsh lighting conditions while minimising power usage.

The platform also integrates Qualcomm’s X12 LTE modem, which supports download speeds of up to 600 Mbps. Other Qualcomm features like Aqstic for audio are supported.

This mobile platform is expected to ship in November.

At the summit, Qualcomm also showed off the very first 5G modem (the X50) installed on a mobile device. While the modem was announced at last year's summit, this is the first time we're seeing it in a mobile device. The demo device was a Qualcomm reference design and not a production phone. At the event, Qualcomm showed the device hitting speeds of 1 Gbps on the 28 mm frequency band, and stated that speeds of over 5 Gbps will be achieved as the 5G network matures.