he Project Loon is providing internet services to these people who have web access AT&T communications and have 4G LTE-enabled handset. 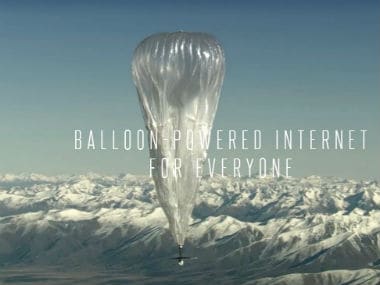 According to the Federal Communications Commission (FCC), the more than forty percent of the locations in hurricane hit Puerto Rico have out of service communications.

The Verge said that the Project Loon is providing internet services to these people who have web access to AT&T communications and have 4G LTE-enabled handset.

Project Loon is meant to bring services to locations which are rural and remote, basically where there is no internet communication. It uses high altitude balloons which sail for around 20 kilometres. These balloons have solar-powered electronic devices and are “superpressured, allowing them to last much longer.”

These balloons are called HBAL199 and HBAL237. These fly 60,000 feet above the land. With the help of algorithms they can ascertain where internet is required. However the downside to this service is that since it is a solar powered electronic set, it can provide services only during daytime.

In a blog post Project Loon Head, Alastair Westgarth had said that it has partnered with the AT&T and Sprint network services, along with other government partners. Initially, 30 balloons were put up in the disaster hit areas. These were authorised by the Federal Communications Commission or FCC.

Hurricane Maria had affected 3.4 million people, with non-functioning electric and telecom towers. Companies like Sprint had set up a temporary cell sites in the affected areas so that people have access to communicate with their loved ones.

Facebook, Cisco and Tesla were other companies who had pledged to support the people during the crisis.