A US federal grand jury in California indicted the 29-year-old Nikulin last year on suspicion of hacking into the U.S.-based social media companies.

The Prague High Court ruled on 24 November that Russian citizen Yevgeniy Nikulin can be extradited to the United States where he is accused of hacking social networks including LinkedIn, a court spokeswoman said. 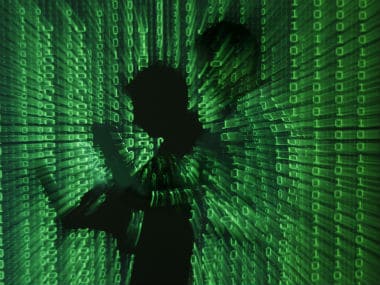 Czech police arrested Yevgeniy Nikulin in Prague in October 2016 in cooperation with the US Federal Bureau of Investigation.

Russia also accuses him of a small cyber theft and both countries have requested his extradition, leaving him in a tug-of-war between Washington and Moscow.

Friday’s decision does not end that competition.

The court had earlier ruled Nikulin could be extradited to either United States or Russia, which asked for him only after his arrest on the much older U.S. charges.

Nikulin has in the past rejected all the charges in comments reported by Czech media. His lawyer has also been quoted as saying that there had been no evidence presented by either the United States or Russia.

Nikulin filed a complaint against the possibility of being extradited to the United States, and the court ruled on Friday the complaint was groundless, leaving all options open, court spokeswoman Simona Heranova said.

The decision on whether and where Nikulin will be extradited now lies with Justice Minister Robert Pelikan.

A US federal grand jury in California indicted the 29-year-old Nikulin last year on suspicion of hacking into the U.S.-based social media companies LinkedIn, Dropbox and Formspring in 2012.

LinkedIn has said the case was related to a 2012 breach at the social networking company that it previously said may have compromised the credentials of 100 million users, prompting it to launch a massive password reset operation.

After Nikulin’s arrest in Prague, Russia also asked for his extradition. A Moscow court issued a warrant for his arrest in November 2016 for the alleged theft of $3,450 via Webmoney in 2009, the Czech Justice Ministry said then.