Joining Porsche’s EV lineup is the Taycan Cross Turismo, which will be available in a total of four variants – 4, 4S, Turbo and Turbo S.

There is no mistaking the fact that the Cross Turismo is based on the Porsche Taycan. Its face is similar to that of the sedan, featuring the same LED headlights (LED matrix units with signature four-point DRLs on the top-spec variants), but the Cross Turismo has a different front bumper with a new apron. It sports wheelarch cladding, beefy side sills, and the optional Off-Road design package adds flaps at the ends of the bumpers and sills to protect the vehicle from stone hits. 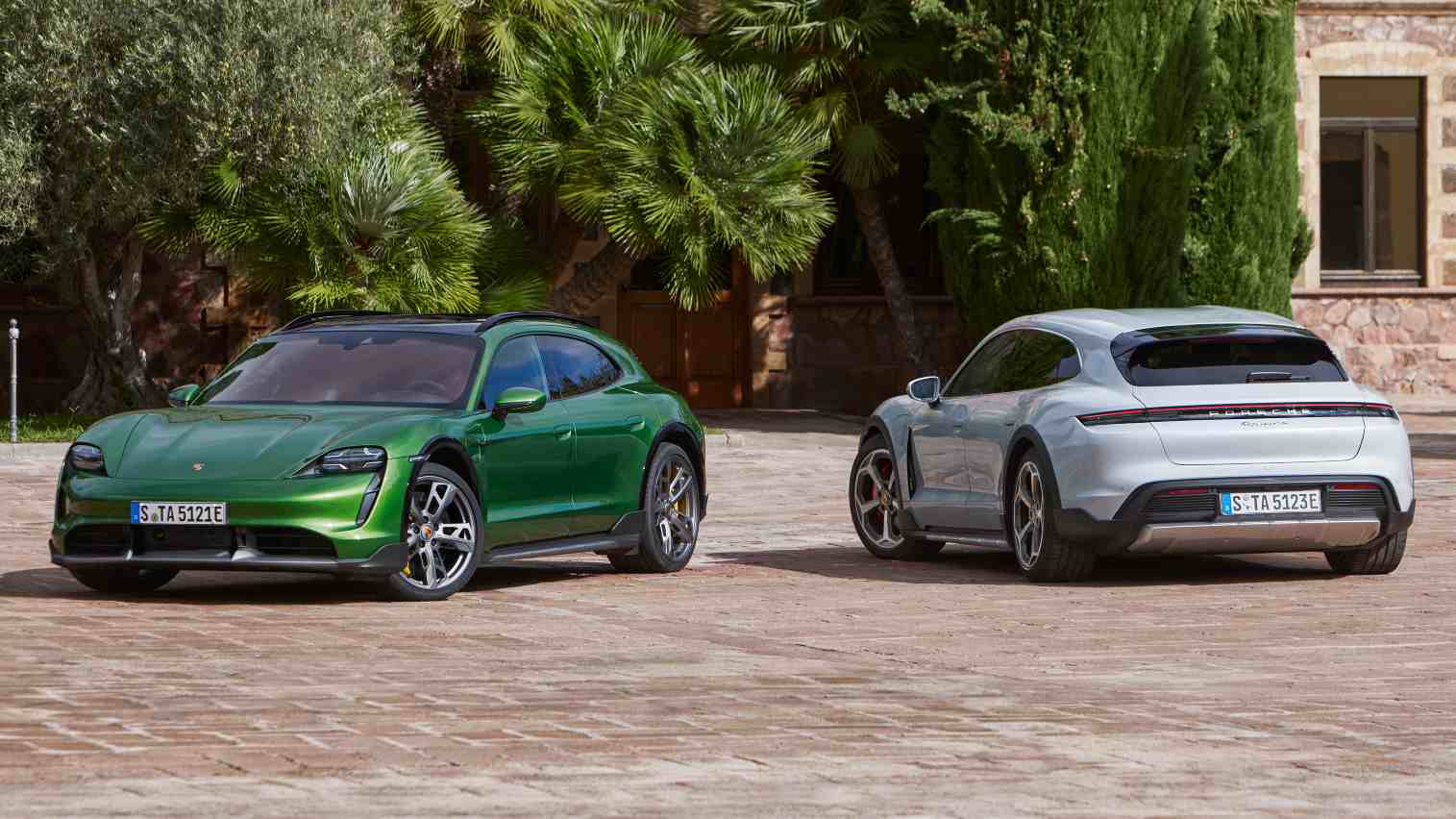 The Porsche Taycan Cross Turismo will be available in a total of four variants. Image: Porsche

The Cross Turismo gets three unique wheel designs (wheel sizes range from 19- to 20-inch), and also gets roof rails, which can carry up to 75 kg of luggage. The big difference with the Cross Turismo is apparent when you look at it side-on – aft of the B-pillar, the roof is longer and flows gently into the roof-mounted spoiler at the back. It also gets a unique diffuser-style design element incorporated into the rear bumper, and the Porsche logo is incorporated into the wide light bar, inset into a cool-looking 3D circuit board design.

The Porsche Taycan Cross Turismo will be available in a total of four variants – 4, 4S and Turbo and Turbo S. All variants get the same 93.4kWh Performance plus battery, two-motor setup (one on each axle), all-wheel drive and adaptive air suspension is standard as well.

Utilising the same 800-volt architecture as the Taycan, the Cross Turismo, too, can be charged at up to 270kW via a high-power DC fast charger. Charging from 0 to 100 percent using an 11kW AC charger will take nine hours, while charging via a 50kW DC fast charger will bring that time down to just a little over an hour and a half.

While it has plenty in common with the Taycan on the inside as well (including its full-width digital dashboard with three screens), the Cross Turismo also packs 47 mm of extra headroom for rear-seat passengers thanks to the higher roof, and luggage room has also risen to 446 litres (1,212 litres with the rear seats folded down). The Taycan Cross Turismo will be available in four- and five-seat forms, and will also get an optional, full-length glass roof that stretches all the way from the windshield to the rear spoiler.

Dual-zone auto climate control is standard, as are eight-way electrically adjustable comfort seats, digital radio and a part-leather interior. The top-spec Turbo S, meanwhile, also gets 18-way power adjustable sport seats, rear-wheel steering, a leather-free interior and the Sport Chrono function. As options for the outdoorsy customer, Porsche has also unveiled a rear carrier that can accommodate up to three e-bicycles, as well as a roof box approved for use at speeds of up to 200 kph.