Plus Codes are not a replacement for pin codes but just an easier way for determining your location, says Google Maps product lead

Since it is open source, Vitaldevara said that third-party agencies could add in extra characters in case they want to make this more precise.

Google India announced new features for the Google Maps product for Indian users. Among the prominent ones were the ability to add a missing place, smart address search and Plus Codes. Regional language navigation was another feature that was showcased, with support for Bengali, Gujarati, Kannada, Telugu, Tamil and Malayalam for turn-by-turn navigation purposes. 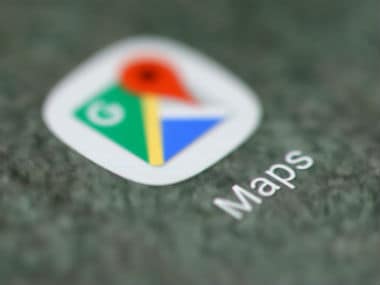 To solve the issue of addresses, Google has introduced a new ‘open sourced solution’ with the name ‘Plus Codes’. According to the company, ‘Plus Codes’ is a more consistent and simple addressing system that works not just across India, but works globally as well.

The Plus Codes system works by dividing the surface of the earth into small tiles or ‘tile areas’ which a unique code assigned to each tile. The Plus Code address format has 6 characters followed by a local code. Anyone can generate, share or even search for any particular location using this format with the help of Google Maps. The Plus Code format is open source, making it much easier for any app that uses location data to make use of this more consistent addressing system.

When asked the need to go for a six character code followed by a city and state name, instead of a purely 10-character code, Krish Vitaldevara, Product Lead, Google Maps Next Billion Users, said that for the Indian market they did not want to insist on a 10-digit code as it is difficult to remember.

"While the technologists wanted it to be 10-digit, as they are all about precision, but as a product manager, we are all about the usability. And we realised after speaking to users that a more feasible solution was having six characters followed by the name of the city," said Vitaldevara.

Plus Codes on the first glance looks like a smarter adaptation of the existing six-digit pin codes. While pin codes cover a much larger area, the idea behind Plus Codes is to stick with a smaller 14 x 14 m area which is identified by an alphanumeric pattern. But Vitaldevara said that Plus Codes were not a replacement for pin codes, but a parallel system which would co-exist with your existing addressing system.

"The thing Plus Codes does is that it gives you a convenient way of sharing your location. There are several scenarios where precision is extremely important. For instance, say if you are lost in a forest on your trek, you can share your Plus Code (even without any data network) which will give a good idea of where you are. In Latin America for instance, they want to use Plus Codes to map the slums. We look at this as a way to empower users," said Vitaldevara. Plus Codes do not require a data connection to work, as long as you have the offline maps downloaded. Plus Codes is an open source initiative and Google has said that it will not be possible for it to come up with all the possible use cases.

Since it is open source, Vitaldevara said that third-party agencies could add in extra characters in case they want to make this more precise. Giving an example of a highrise building, which has multiple floors and many users wanting to add their address, the Plus Code for the location will be the same for someone staying on the first floor, as well as the tenth floor. But if a third party wants the location to be more specific, it could add more characters so that the first floor and tenth-floor residents have unique addresses, despite the same Plus Code.

While the 'Add an address' feature seems interesting, it also leaves a lot of scope for pranks. For instance, if a friend of mine who knows where I live, marks my address as say an Aadhaar registration centre, how would Google rectify that?

"There are two parts to this. As long as the address is correct, we will accept it because it's not like we are exposing the address. Adding an address gives a correct geographically coded location. It is not a publically searchable address, but just for your reference. This is then mapped in the back end to location data such as latitude and longitude. As for dealing with mischief or spam, that is what we have been dealing for a while now and we have good machine learning algorithms that detect such anomalies. In the last two years, we have been able to drop the mischevious addresses by more than 90 percent. There are multiple ways to triangulate information," said Vitaldevara.

The way 'Add an address' differs from the earlier method of adding a business is that the business address is a public one, whereas adding the home address is only meant for the user. This is a means for you to have your own physical address mapped to a location, which is easily navigable by someone who is trying to get to you.

.@Google just announced #PlusCodes for #GoogleMaps in India. @nimsaw explains what they are and how they'll lead to a better connected India. @googlemaps pic.twitter.com/ReQQ4byPpw

"India continues to inspire us, and pushes us to reimagine what Maps can do for people. And we are just getting started as we continue to build features and expand our partnerships to make the Google Maps experience more comprehensive, accurate and reliable for our users," said Vitaldevara.

Half of Europe likely to catch Omicron by March, predicts WHO

Celebrating Hadrian's Wall in Northern England, which stands tall even after 1900 years