Flexible OLED displays to be in short supply for next five years, Samsung to dominate the market: Report

The supply of OLED ( organic light-emitting diode) display are going to be in shortage for next few years according to a reported Chinese research firm.

The supply of flexible OLED (organic light-emitting diode) displays is going to remain limited for the next few years according to a report by a Chinese research firm Sigmaintell. According to the report, the reason behind the shortage is that manufacturing companies are still unprepared for the large-scale production of OLED displays. 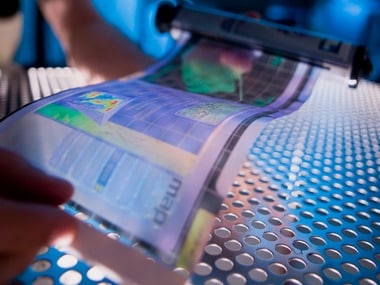 The report says that the big display manufacturing firms such as LG Display, Samsung Display, Tianma and BOE are expected to expand their OLED and plastic OLED manufacturing business and spend approximately 600 billion yuan (around $90 billion) over next three years. The report, spotted on The Investor, predicts an investment of 200 billion Yuan (around $30 billion) by Chinese manufacturers in the manufacture of OLED displays in the next few years. The supply of these OLED displays might take five years to stabilise, and during the time period, Samsung is expected to be the top manufacturer of plastic OLED and flexible OLED panels.

The increasing use of flexible and plastic OLED displays by smartphone manufacturers will lead to breakthroughs in design and hardware improvements. The firm expects in-display fingerprint to be introduced by next year, and commercialised by 2019. The report also mentions that out of 165 million smartphones are to be shipped this year; 11 percent of the phones will include full-screen displays and the figure will grow to 80 percent by 2020.

A recent report also suggested an investment of 9 billion by Samsung in OLED manufacturing to boost the production of the OLED panels. It also mentions that Apple has ordered 70 million flexible OLED panels from Samsung to be used in its upcoming iPhone in 2017.

Apart from smartphones OLEDs are also used in making curved displays for TV and other display devices. Plastic OLEDs are bendable and might become semi-transparent in the years ahead.