Google Pixel 2 and Pixel 2 XL set to launch on 4 October: Could they be a threat to the Apple iPhone X?

From what we can gather from the various rumours and leaks about the Google Pixel 2 and the Pixel 2 XL, we have seen so far, there really isn't much.

After the launch of its new Pixel brand last year, Google has scheduled another date for its hardware event, where everyone is expecting the successors of the Pixel, and the Pixel XL to be announced. The unveiling is set for 4 October, where Google will announce not just the successors to the Pixel lineup, but others, including a smaller version of the Google Home connected speaker, an all-new Pixelbook and even a refreshed Daydream View VR headset. 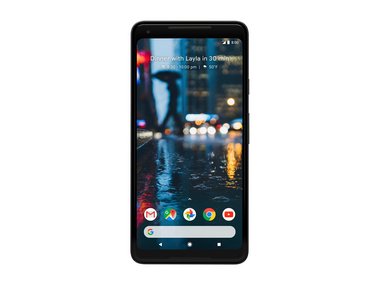 But like every year, the focus is on the new smartphones, as it will be interesting to see what Google has achieved with the successors of the Pixel and the Pixel XL, tagged by the rumour mills as the Pixel 2 and the Pixel 2 XL.

From what we can gather from the various rumours and leaks we have seen so far, there really isn't much.

Both the Pixel 2 (built by HTC) and the Pixel 2 XL (built by LG), may not be all that special. This is because both devices are expected to pack in specifications, similar to most premium flagship smartphones already out in the market. There is the expected 'Edge sense' feature on the Pixel 2, but I cannot think of many who have used it on the HTC U11 to begin with.

From the latest rumour, there is a big possibility that Google has missed out on the Qualcomm Snapdragon 836. Last year, Google had an advantage for being the first brand to use a Qualcomm 821, where every other brand was stuck with an 820 chipset. The new chip was about 10 percent faster than the older one, and no matter how much one tried to justify its price vs value quotient, the Pixel had the latest chip and it was enough to get everyone excited. If Google does not show up with the 836, it may not have anything to talk about on stage in terms of hardware, which is not a good thing coming from a brand that owns Android and a brand, which is looking to establish itself in the premium hardware segment.

Leaks have been pouring in over the build-up to the launch. And pretty much nothing is left to be known onthe design front, if one goes by the leaker's past record. The latest leak from tipster Evan Blass, showcases the Pixel 2 and Pixel 2 XL designs from the front and back. Indeed, it leaves little to the imagination as well. While we have seen leaked images with similar handsets in the past (including one with a photograph of both the glass screens), they somehow do not inspire, or look special in any way with their windowed back panels. 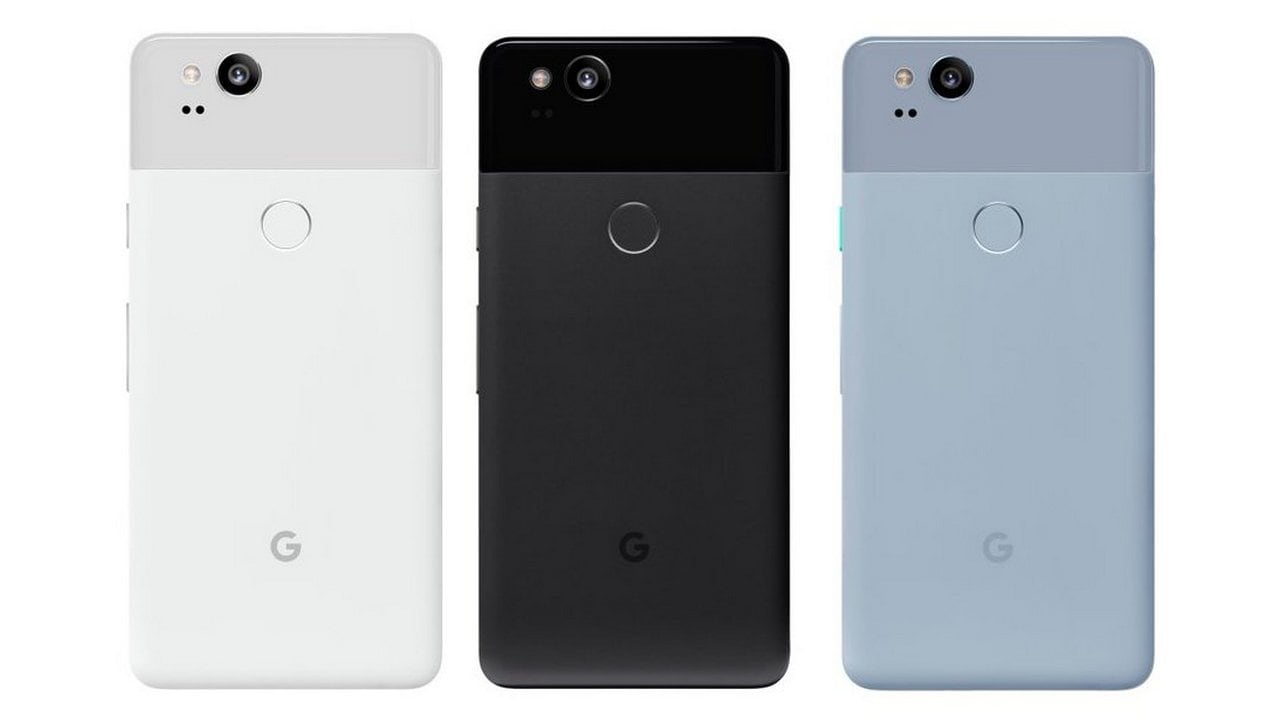 The Google Pixel 2 in white, black and blue. Image: Twitter/@evleaks

There's the Pixel 2 that redefines the term 'bezel' with thick bezels at the top and the bottom, which would make a Sony Xperia XZ1 cringe. And it arrives at a time when handsets like the bezel-less Samsung Galaxy S8, the Essential PH-1, and the LG V30 exist.

If you thought that the bezels were way too thick, think about Google's premium pricing. Google launched the Pixel (the smaller smartphone) in India at Rs 57,000 and this was for the base version with 32 GB of storage. So yes, we can expect the Pixel 2 to be priced similarly when it arrives in India. So if you have been criticising Apple for pricing the iPhone 8 a bit too high (at Rs 64,000) considering that it features a brand new chipset and is also able to shoot 4K video at 60 fps, think again because the Pixel 2 with the Snapdragon 835 could also scale similar price points. 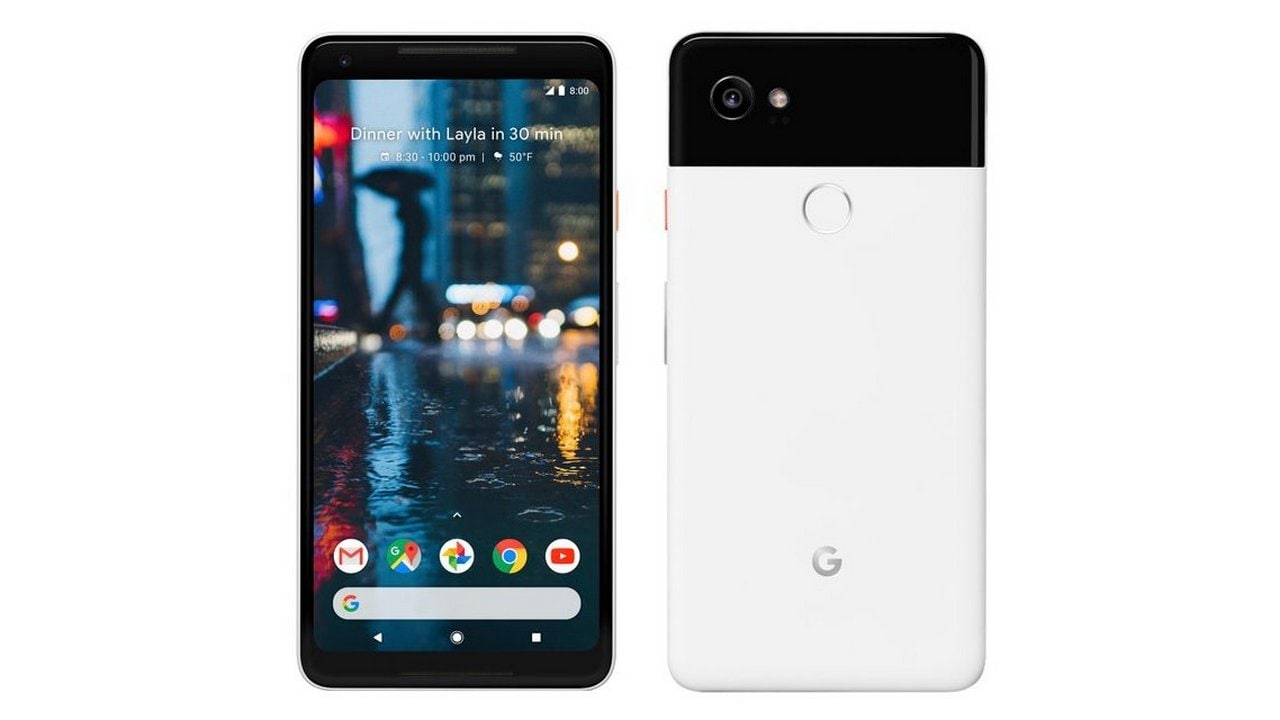 The bigger Pixel 2 XL looks a bit more like the flagships we have today with a taller 18:9, 6-inch display. However, this one too has bezels running around the front face, and does by no means qualify as a bezel-less nor an edge-to-edge display. One piece of good news that comes with Pixel 2 XL, is app support for taller displays like those on the S8+ and the V30 since Google has a taller display of its own now.

Where are my dual cameras?

There's is also a chance that Google may fall short of everyone's expectations. All the leaked renders we have seen so far, reveal a single camera at the back. It is an area where not many would complain about, because Google did a great job with the Pixel on the camera front, beating every single smartphone out there with its camera performance. In fact it was better than the Apple iPhone 7 Plus in the low light photography department when we tested it last year. But every other manufacturer today (including Apple and Samsung) has switched to dual cameras this year. They are functional in the form of a portrait mode delivering images with an enhanced depth of field and most also offer an optical zoom as a part of the package.

Google could redefine the way manufacturers use a single camera by offering both a software-driven portrait mode and a digital zoom, but it will need a class-leading sensor to pull this off. For now, we are just speculating, but let's just hope that Google does have a few camera tricks to show.

It is obvious, that the new Pixel smartphones will be blessed with latest version of Android 8.0 Oreo. But as with the camera app, we can expect more with some added software touches as well, those that should make the Pixel 2 and Pixel 2 XL special. From the leaked renders, there appears to be a new widget, the odd placement of the Google search widget at the very bottom and lack of a 'Google Now pill icon' (at the top left), like we have seen with previous Pixel models. We are also expecting to see Google's ARCore games or apps being demoed on stage at the launch. ARCore should be Google's wild card, (if nothing else) as it does not have any exciting hardware news to talk about from the leaks seen so far. The consumer technology (as opposed to Tango's more scientific approach), puts software hard at work and brings augmented reality capabilities to existing and future Android phones. Almost a month ago, Apple launched the iPhone X. While sales have yet to commence, it is easy to conclude, that Apple has upped its game with the iPhone X, bringing it close, if not, at par with top Android offerings. You have an edge-to-edge, all-screen OLED display that is HDR 10 compatible, the fastest chipset on a smartphone in existence, 4K recording at 60 fps and a new FaceID unlock system (that fans may or may not be most kicked about). Google will need to top all of these, if it wants to stay relevant in the hardware space.

Will Google surprise us? We shall find out tomorrow.

Google Pixel 2 and Pixel 2 XL review roundup: It's all in the camera, but let's wait for the iPhone X