Available on Android and iOS, this game, unlike its satanic twin, features challenges which lean towards kindness and loving oneself.

Saving innocent teens from the vicious trap of its evil twin, The Pink Whale Challenge, also known as Baleia Rosa in Portuguese, is a kinder and more empathetic answer to the suicide-inducing Blue Whale Challenge. 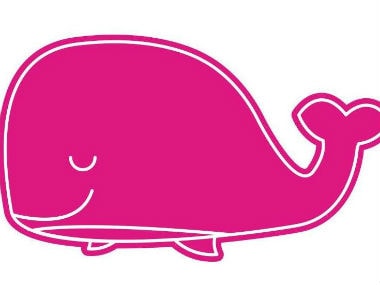 This game was invented in Brazil by an app developer called bananadev. Available on Android and iOS, this game, unlike its satanic twin, features challenges which lean towards kindness and loving oneself.

Like Blue Whale, this game has 50 challenges. But that's where the similarity ends. Unlike Blue Whale, where, for example the victim is supposed to carve a whale on their body, Pink Whale will challenge you to write something nice about yourself on your skin (with a marker). Other tasks include calling your grandparents, looking in the mirror and giving yourself a motivational speech, shouting in the middle of the street that you love yourself, etc. The fiftieth challenge is named, unlike the motive of its notorious twin, ‘save a life’.

The motto of the game, according to its website, is ‘to spread love’. The app currently has 500,000 downloads. Meanwhile, its verified Facebook and Instagram pages have more than 300,000 and 40,000 followers respectively.

The app believes in sharing all the tasks done and tagging the game challenge as well. In a tongue-in-cheek context, they also mention that participants are being watched by their mentor. People who are already participating in the challenge are tagged as ‘Whale Puppies’, as per the website. The Blue Whale Challenge, which has claimed lives of five teenagers in India, as per an earlier report, and 130 live globally, with a host of few averted attempts, the game has become a cause for concern for not only parents, but governments as well.

The game, which has no website, media pages or apps has come under the scanner.

Games like Pink Whale Challenge are not only trying to save lives, but are also trying to motivate youngsters to love themselves and value their life.