Photography 101: How to use lens reversal to get extreme macro shots

This photo was taken with an entry-level DSLR and the kit lens, I did not cheat and use Rs 1,00,000 worth of photography equipment.

The world of macro is a fascinating one. There's something magical in having details that would have otherwise been lost to the casual observer laid out in all their glory.

For photographers on a budget, though, this can be a problem. Most macro lenses are very expensive, and they're also delicate. You wouldn’t want to mishandle a sub-50,000/- lens, now, would you? 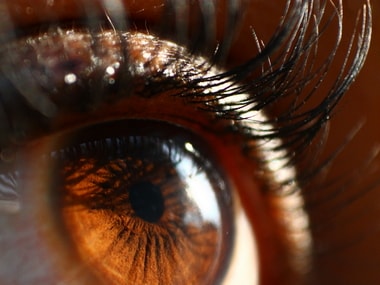 Getting incredible close-ups like this one would normally require a very expensive lens. Image credit: Abhilash Pavuluri.

For those who have a DSLR and kit lens, not all is lost. With one simple trick, some perseverance and simple editing, you can take stunning macro images like this one here.

Obviously, this trick works only with interchangeable lens-cameras.

This photo was taken with an entry-level DSLR and the kit lens, I did not cheat and use Rs 1,00,000 worth of photography equipment. What’s different here is that we used a technique called lens reversal. What’s this, you ask? Lens reversal is a technique that lets you get extremely close to your subject by, as the name suggests, mounting the lens in reverse. While it’s not directly possible (and has some risks and drawbacks which we’ll discuss below), it’s an effective way to take macro photos. But how does it work? Let’s take the example of a kit lens mounted properly to a DSLR. Normally, the rear lens element focuses the light from a distance onto the DSLR sensor. The sensor is closer to the rear lens element than the minimum focusing distance of the lens overall. To take advantage of this technique, you reverse the lens, effectively reducing the minimum focusing distance of the lens, making it a macro.

This is an over-simplified explanation of course, but that's the principle behind the technique.

So how do you attach your lens in reverse to a DSLR? With an adapter. There are plenty of aftermarket adapters available for very low prices for all sorts of lenses and manufacturers. One end of the adapter goes onto the filter threading of your lens and the other attaches to the camera like any normal lens would. But this system has some drawbacks.

The biggest problem is that the rear element of your lens is exposed to the elements. This is bad as dust can enter, and there's even a possibility of scratching your rear lens element. Some manufacturers have developed a protection for the lens when reverse-mounted but it’s a cumbersome and expensive affair.

The next issue is that of control. Lenses are controlled by the camera via electronic contact points on the back of the lens. When using a reverse lens adapter, you are manually mounting the lens to the camera, meaning there is no electric contact involved. Which means that settings like aperture cannot be controlled. One workaround that most photographers resort to is to change the aperture before mounting the lens in reverse. But in case of any changes, you’d have to mount the lens in front again and make those changes.

Autofocus is another component that won’t work: You have to rely entirely on manual focus. On a positive note, it really does teach you to focus with precision!

Lastly: I'd like to add that this technique works best with fast prime lenses (f/2 or faster) where there is plenty of aperture to go by. When going super close to a subject, you also lose a lot of light, so having an external light source can help as well.