Photography 101: Four legends who aced the art of monochrome photography with flying colours

This has to be a joke, right? Writing about a director in a photography column? Nope. Kubrick was one of cinema’s greatest influences but he was also an extremely talented photographer.

I figured this would be a nice addition to last week’s article, about learning resources. After all, a lot of us want to become photographers only after we admire photos taken elsewhere by other people. I’ve said this before and I’ll say it again: The beginnings of the industry were very humble. Photography was like magic to most people back then, and there were certainly people who could be considered magicians with the kind of photos they took. In this article we’ll talk about 5 such people. 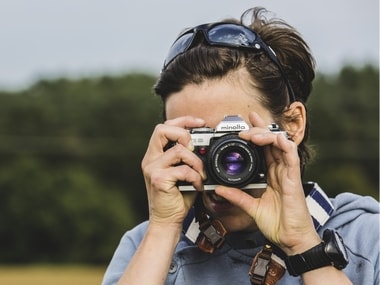 One of the greatest and most popular of them all, Ansel Adams’ photos are a treat in themselves. He was a pioneer mainly for his work in landscape photography. Born in California, Ansel was a shy kid at school (and was later diagnosed with hyperactivity) and he used to look to nature for solace. It was in his later life that he really fell in love with the outdoors. Mainly the Yosemite and Sierra Nevada, whose photos are some of his best work ever.

Adams, along with fellow photographer Fred Archer, is also credited to have developed a new technique for developing photography film called the Zone System. He used mainly large format film cameras which meant he could get a ton of detail in all his photos. He was also an avid environmentalist.

Notable photographs include “Monolith” or “The Face Of Half Dome”.

James Nachtwey is another name that cannot be missed. A photojournalist (mainly in warzones and conflict areas), James’ work is absolutely stunning. James recently did a segment for Time about America’s opioid crisis, which I personally think is one of the best works of photojournalism to date.

James was born during the Vietnam War and the eventual Civil Rights movements in the States, which he says are the reasons he wanted to take up photography. Having studied in Art History and Political Sciences, it shows in his photos.

James was also a wartime photographer for quite a while, even getting injured one instance from a grenade while in Iraq on assignment. Despite his setback, he still raged on, and continues to be a photographer today.

This has to be a joke, right? Writing about a director in a photography column?

Nope. Kubrick was one of cinema’s greatest influences but he was also an extremely talented photographer. At the age of just 17, Kubrick joined the staff of Look magazine after a photo he took in New York made it to their office.

Kubrick went on to work with Look for 5 years, leaving in 1950. But his work is also something I feel every aspiring photographer needs to have a look at. Kubrick is all about the story. Even mundane subjects (such as a lady putting on makeup) turn into a fascinating story through Kubrick’s photos, and that’s what went into his directorial work as well.

However, this wasn’t a very well known fact about Kubrick: It came to light recently when a publishing company took over some photos from the Museum of The City Of New York And Art to publish as a collection.

This article would be incomplete without a mention of Bruce Barnbaum, another photographer who has been a personal influence to me. Bruce had a different upbringing from the folks mentioned before: He was a computer programmer for around 4 years before he quit to take up photography full time, in 1970.

Since then, and we quote “After 40 years, it is still his hobby; it has also been his life’s work…”

Bruce is also well known for his books. My personal favourite is the essential “Art Of Photography: A Personal Approach To Artistic Expression”. A book that has some of the best insights on composition that I’ve seen.