New Delhi: Indian companies lost around $53 million (about Rs 328 crore) due to phishing scams with the country facing over 3,750 attacks in July-September this year, making it the fourth most attacked nation globally, a report by leading IT services firm EMC said. 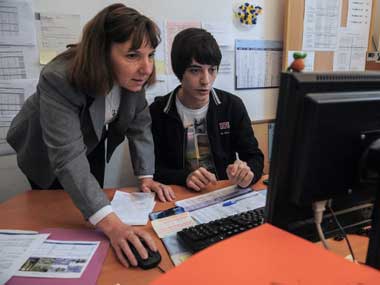 RSA is a provider of security, risk and compliance management solutions for business acceleration.

Phishing involves sending emails purporting to be from reputable firms to unsuspecting individuals and also corporate entities to induce then in revealing personal and financial information like passwords, credit card numbers, etc.

"Total amount of losses incurred in third quarter of 2013 are $1.66 Billion. Brands in the US, the UK, India and Australia were targeted by almost 50 per cent of the phishing attacks in Q3 2013," the report said.

India ranks third in phishing attacks on brands with 7 percent of the total volume worldwide. The US with 27 percent tops the chart followed by the UK with 12 percent.

AFCC is a 24x7 war-room that detects, tracks, blocks and shuts down phishing, pharming and Trojan attacks perpetrated by online fraudsters.