People watching Periscope will be able to send a gratuity to online performers and broadcasters they like, using a variety of heart shapes that they can purchase as a form of virtual currency, the company said.

Periscope, a mobile app that lets users live-stream video, said it will give all earnings from a select program, save for an administrative fee, back to the users who broadcast from Periscope. 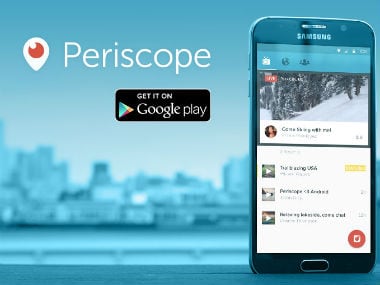 The app, founded in 2014 and bought by Twitter Inc in 2015, is hiking payments to its users at a time when it faces more competition in live-streaming video, including from Google’s YouTube, Facebook and Instagram.

People watching Periscope will be able to send a gratuity to online performers and broadcasters they like, using a variety of heart shapes that they can purchase as a form of virtual currency, the company said.

Broadcasters who receive the equivalent of about $175 in “super hearts” will be designated “super broadcasters” and be able to cash out the money as earnings, the company said when it announced the program in June.

Previously, Periscope paid 70 percent of earnings from the coin packages to the broadcasters, but will now return all earnings, except for a $1 fee each broadcaster pays to be part of the Super Hearts program.