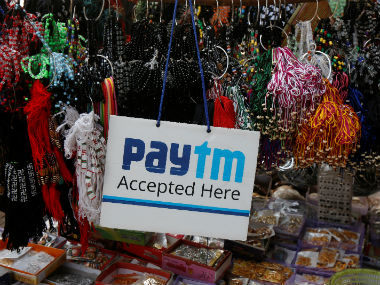 The platform will invest Rs 500 crore in 2018 to conduct merchant training and awareness initiatives to scale up its operations across the country.

"In the last one and a half years, we already have over 60 lakh merchants on board and want to take this number to one crore within a quarter or two from now. We are confident the rate of adoption will increase further as our merchants can now accept payments from Paytm (wallet), UPI (Unified Payments Interface) or cards at zero cost," company's Vice President Amit Veer told reporters here.

With this new addition, it targets six-fold growth in offline (QR code-based) payments by mid-2018.

"We have invested a lot to build a field force of 10,000 people who are reaching out to merchants in various cities to make sure that the merchants get training and QR code," he said, adding the new facility enables the merchants to enrol themselves.

This new facility is now enabling merchant partners across India to accept unlimited payments directly into their bank accounts without any charges, he said.

He said the average ticket size of the transactions on the platform was also expected to go up.

"In the offline space, the average size of the transaction is about Rs 500. With UPI, cards coming on the Paytm platform, lot of large ticket transactions which were not used to happen earlier on the platform, have started happening now. This will definitely push the ticket size up," he said.

According to him, the wallet service provider recorded about 10 million transactions a day including both online and offline and of which, about 60 percent was from offline space.