The company detailed that this is a new ‘messaging platform’ that will allow Paytm users to interact with family and friends. 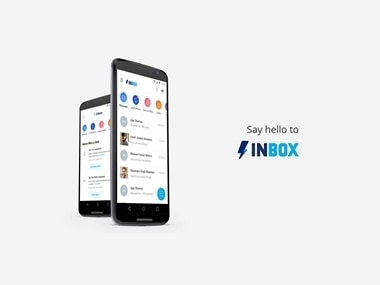 The company detailed that this is a new ‘messaging platform’ that will allow Paytm users to interact with family and friends. The introduction of this new feature is being termed as a ‘strategic move’ aiming at improving Paytm’s position in the market.

The new platform comes with a number of features including the basic ‘chat’ features like the ability for the users to chat with other Paytm users including the functionality to share photos and images. Other features include group chat, recall functionality and the option to send or request money inside any given conversation. The company has added a ‘notification’ centre where users can stay up to date with any new chats, orders or games.

The company claims that ‘Inbox’ in end-to-end encrypted and it is already available for Android users. The company will roll out this platform for iOS users ‘soon’. Paytm pointed out in a blog post that about 3 million users have used the new feature since the platform was launched two days ago. In the same period, users exchanged 15 million messages and 40 percent of overall traffic came from ‘smaller cities and towns’.

This new feature roll-out is likely to be in response to the rumours that WhatsApp is working on introducing an ‘in-chat payment system’ in the Indian market by December. The UPI-powered payment system will be a threat to Paytm and other electronic payment platforms in the country because of the sheer market share and recognition that WhatsApp holds.

Earth Day 2021: How to download WhatsApp's new ‘Stand Up for Earth’ stickers