Astrophysicists recently announced the discovery of an ancient collection of stars 9,700 light years away from Earth with an age of 13.2 billion years

The Large Hadron Collider in Geneva was expected to throw up revolutionary discoveries, but the cosmic dancer guarding the entrance to the research centre has refused to give up any secrets. There was a brief flurry of excitement when CERN first announced that it had found particles that travelled faster than light, but lack of independent confirmation ended that excitement. And no one knows what else there is to expect from the multi-billion dollar collider built to study the subatomic world of strange particles.

The cosmos however, is becoming exciting. Astrophysicists recently announced the discovery of an ancient collection of stars 9,700 light years away from Earth with an age of 13.2 billion years. Which, given that scientists put the age of the universe itself at 14 billion years, is the farthest back in time that the Hubble Space Telescope, in itself a huge leap from Galileo's telescope which he used to upend the established earth-centric cosmic belief, has been able to peer. 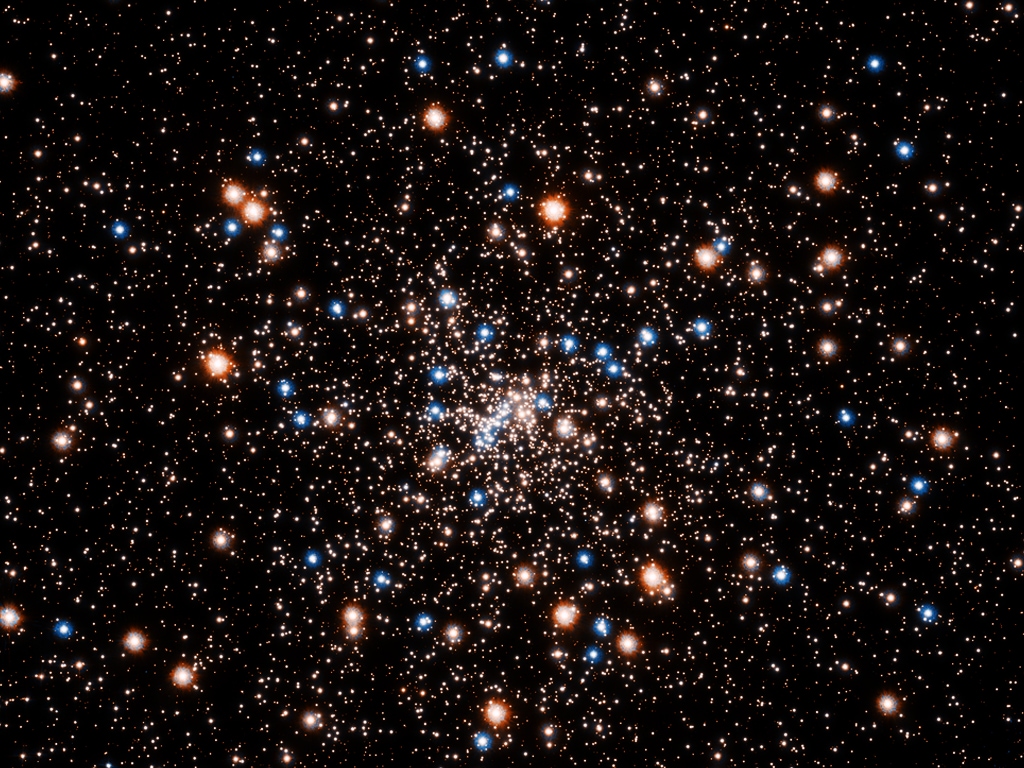 This ancient stellar jewelry box, a globular cluster called NGC 6397, glitters with the light from hundreds of thousands of stars. NASA

The discovery was made possible by using concepts based on Albert Einstein's century old theory of relativity. This highlights once again the unsuccessful search of what physicists consider the Holy Grail of physics, finding a Theory of Everything.

From the infinity of the cosmos to the unseeable (to most, even unimaginable) smallness of the particles that make up that cosmos, is a gulf so vast that it has defied nearly a 100 years of efforts of the most gifted scientists in the world seeking to bridge it. Stephen Hawking, born exactly 300 years after Galileo, who died on Albert Einstein's birthday and was Lucasian Professor of Mathematics at Cambridge, a chair once held by Sir Isaac Newton, was one such genius. Yet, In the end, in the years prior to his death, Hawking had become increasingly sceptical that the gulf could ever be bridged.

Other gifted physicists however, soldier on. Even the man, whose path-breaking theories first explained that gulf and gave it a mathematical shape, never tired of trying to bridge it, even questioning his own revolutionary theories later in his life. Albert Einstein's general and special theories of relativity, for which he did not win the Nobel Prize, despite the upheaval it caused in the physicists community, laid down the principles and equations to explain and verify the universe and its varied phenomena. The equation essentially had the distribution of matter and energy in space on one side of the equal sign, with the geometry of space-time on the other side.

As explained by Aninda Sinha, professor at the Centre for High Energy Physics, Indian Institute of Science, Bangalore. "Relativity can at best be described as the theory that shows how gravity works." The problem was that Einstein, and all the others who followed him, could not reconcile Gravity with the other three fundamental quantum forces, all four of which act across both the very, very small subatomic distances and the eternal cosmic vastness, despite their combined use in so many areas like GPS systems and space exploration. Einstein was convinced that they should be able to talk to each other, though there is a growing number of physicists today who feel there is no need for them to do so, and it even may not be necessary to look for a way for them to do so. Yet, as Einstein famously said, "God does not play dice with the universe", even as he built on his theories of relativity and played a major role in formulating the foundation of quantum mechanics standard model that is accepted today as the building blocks of all matter. The admonition of an equally gifted colleague, Niels Bohr, to "Stop telling God what to do", would however not ease Einstein's unease with his own theoretical creations, which experiments have validated time and time again.

The latest such validation is the idea of gravitational waves, which relativity theory predicts. The event that led to this exciting discovery, a merger of two massive black holes, which too Einstein's theory predicts, and the study of which was Hawkings area of specialty, happened 1.3 billion years ago. The excitement of the scientists in India and abroad who contributed to this discovery was contagious. Especially as this could potentially impact the work of particle physicists and astrophysicists worldwide.

For the latter was the possibility of a whole new way of looking at the universe, Gravitational Wave astronomy. Sanjeev Dhurandhar, emeritus professor at Inter-University Centre for Astronomy and Astrophysics (IUCAA), Pune, said "We have opened a new window to the universe. We have changed the interaction here with gravitation. There is a higher probability of such huge, cataclysmic events as we go further back in time than this one. I cannot see light beyond 43 billion light years. Beyond that is a plasma screen that shrouds anything that has happened earlier in the universe. Gravitational waves can change all that as that as the time of the universe is opaque to light, but not, in principle, to gravitational waves.” And in time, possibly, detect gravitational wave from the primordial big bang itself. What a cat that would release among the astrophysics and particle physicist community of pigeons!

The secrets of the universe are just waiting to be unravelled

But before that, for those working on the very small subatomic scale, the discovery opens up the absolutely mouth-watering possibility that gravitational wave could be discovered in the subatomic realm too, and could lend itself to the kind of mathematical equations that other waves in the subatomic realm do. It was again back to Einstein, who was no fan of singularities like the big bang or black holes, who had established that light was both a particle: a photon, and a wave. So if gravity as a wave is now established, would the quantum physicists be able to first, find a gravitational wave among all the other waves bustling about among those myriad particles and then find a particular particle, the Graviton, as some call it, that fit into that slot. No one anywhere is looking for this yet, as it would require detectors far more sensitive than any available now. But what if it became possible in our own lifetimes?

So what would change, if any, or some, or all of the above? Everything, according to the scientists I met. What kind of universe would ours be then, I pressed? "Probably still Einsteinian in essence," said Aninda Sinha "but using a different framework which can be called 'emergent gravity' ". Meaning? In plain English please. "That gravity can have a beginning, not in the sense of time, but more from a different construct of the universe that deviates from Einstein's general theory. The concept is not easy to grasp. It requires another description of the universe, where there is no gravity to begin with, but which arises from the laws derived from that alternate description, like a hologram, for instance. The point is to go beyond Einstein."

I am still trying to wrap my head around that explanation. Gravity having a beginning? But not in the sense of time, which is so essential a part of Einstein's equations? Will that mean that in that new construct of the universe that deviates from Einstein's theory, even Time can have a beginning, as physicist Lee Smolin has tried to argue in his book Time Reborn.

The mind boggles and the brain bend at such esoteric concepts. So for us mere mortals, let us stick to the Star Trek science. "Scotty beam us up" is great to watch on the big screen. Maybe it can happen. For if gravity is a wave, and the graviton is found, beaming us up is something our minds can imagine. How? Anti gravity of course. if anti matter can exist, as has been proven, why not an oppositely charged Graviton, or anti gravity? My imagination stops right there.

India's LIGO gravitational wave detector will be commissioned by 2024: Report