The OnePlus 5 gets a couple of camera upgrades, software improvements and plenty of stability fixes with the new OxygenOS 4.5.10 update.

OnePlus has released yet another update for its OnePlus 5 smartphone. The device that arrives with top of the line hardware specifications gets a couple of camera upgrades, software improvements and plenty of stability fixes as well with the new OxygenOS 4.5.10 update. 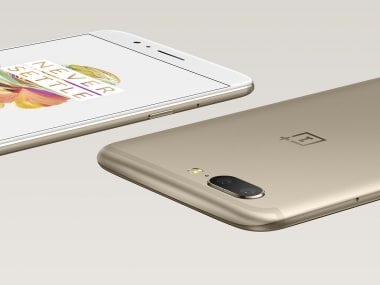 The OnePlus 5 in Soft Gold.

As per the post on the official OnePlus forums, the new update adds some camera improvements that bring about better image quality. There's better photo noise reduction, improved camera stability and noise reduction for the 60 fps video that also adds texture improvements.

The OnePlus Launcher gets a minor update. The team has added country information of photographers in the Shot on OnePlus selection.

Coming to the core improvements, the phone will no longer detect touch after users hang up on calls. Users in India will be happy to know that Jio call functionality has been improved. A minor display issue has also been fixed on the calling screen.

Other improvements and fixes include better Wi-Fi stability, display issue of the new Slate font and scrolling issue of Play Music.

As always, not everyone will receive the update all at once. The OTA update is being rolled out in phases, so only a small percentage of users will receive it on day one with a broader rollout starting in a few days.

OnePlus Nord CE 5G vs Nord vs Nord 2 5G: Has OnePlus just outdone itself with its latest launch?