Oppo has launched a lower-priced version of the Oppo F5 called Oppo F5 Youth. The smartphone cuts down on some hardware features offering 3 GB RAM and 32 GB internal storage and comes in two colour variants gold and black. 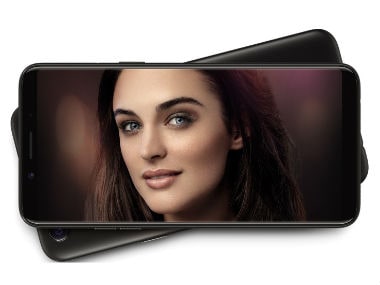 The smartphone has been priced at Rs 16,990. Unlike Oppo F5 which was priced at Rs 19,990. Clearly, this the younger and not to mention, the more affordable version of the Oppo F5.

It has a 13 MP rear camera (f/2.2) and a 16 MP front camera (f/2.0) with LED flash. This iteration of Oppo F5 comes with an AI technology for selfies, which recognises the face and beautifies it. It claims to make changes in skin tone, age, and skin type as well. The phone is said to promise facial feature optimisation.

Like the Oppo F5, the Youth comes with a facial unlock on the front and a fingerprint sensor at the back of the phone.

The device features a 3,200 mAh battery with a MediaTek MT6763T octa-core processor which is clocked at 2.5 GHz. The Youth is powered by ColorOS 3.2 with Android Nougat (7.1) as the base.

The Oppo F5 was released in November this year, and soon after its younger iteration Oppo F5 Youth was launched. Oppo F5 is still remains Oppo's flagship phone.