The Oppo F5 is the successor to the Oppo F3 and may be the F3 Plus as well thanks to its large display.

After all the leaks and rumours, Oppo finally launched its F5 selfie-smartphone in the Phillipines. The selfie-centric smartphone packs in a 20 MP front-facing sensor, but along with the usual also offers a 18:9, 6-inch display, that finally gets rid of those thick bezels we have seen on Oppo devices in the past. Indeed, this appears to be more of a cosmetic change, as has been done by Oppo's siblings lately. Vivo, a brand also owned by China's BBK Electronics, launched the Vivo V7+ in India with a taller display. Next up, would indeed be OnePlus, with the expected OnePlus 5T, that takes up the premium smartphone segment for BBK in India. The Oppo F5 is set for launch in India on 2 November.

The Oppo F5 is the successor to the Oppo F3 and may be the F3 Plus as well thanks to its large display. The design looks eerily similar to what we have on the recently reviewed Vivo V7+ smartphone with an 18:9 display on the front and single camera unit that protrudes from the flat back. Same goes for the placement of the front-facing cameras and pretty-much everything else, save for one detail in particular, it features a full HD+ display instead of an HD unit found on the Vivo. If you were wondering, yes, the Oppo F5 is made of plastic, just like the Vivo V7+. Looking at the specifications, Oppo's F5 is indeed the mid-range model of the Vivo V7+. The full HD+ display upgrade aside, it also packs in an octa-core MediaTek (MT6763T) 16 nm chipset (something that sits between a Helio P25 and a Helio X10) along with 4 GB/6 GB RAM options paired with 32 GB/ 64 GB internal storage options. The internal storage can be expanded up to 256 GB using a micro SD card. The good bit here compared to most competitors is that the device features 3 slots, two for the SIM cards and a separate one for the SD card. Connectivity options include support for 4G LTE bands, GPS, Bluetooth 4.2, Wi-Fi 2.4/5 GHz 802.11 a/b/g/n and a USB port at the bottom. There's also a fingerprint reader at the back, but we doubt owners will use it much because Oppo with its F5 also happened to introduce its own version of Apple's FaceID called facial unlock. The system does not employ a complex camera setup like with Apple's True Depth camera, but it let's you unlock your device using your face. However, the website does mention that "Face recognition is less secure than fingerprint, pattern code, and digital passcode" so it may not be the best way to secure your Oppo F5. What the AI and front-facing camera is used for, is selfies. It uses artificial intelligence (AI) software to give you the perfect selfie, by literally modifying your face! According to the company, the software technology uses 200 positioning spots,  that "accentuates your facial landmarks and contours to enhance the symmetry between features like your eyes, nose, cheekbones and jawline to create the perfectly refined and natural selfie. Its beauty-iris tool ensures that your eyes will shine brighter in any photo." Clearly, there's little need for makeup and even cosmetic surgeons when you own one of these. The front camera also delivers bokeh effects using its 20 MP sensor. 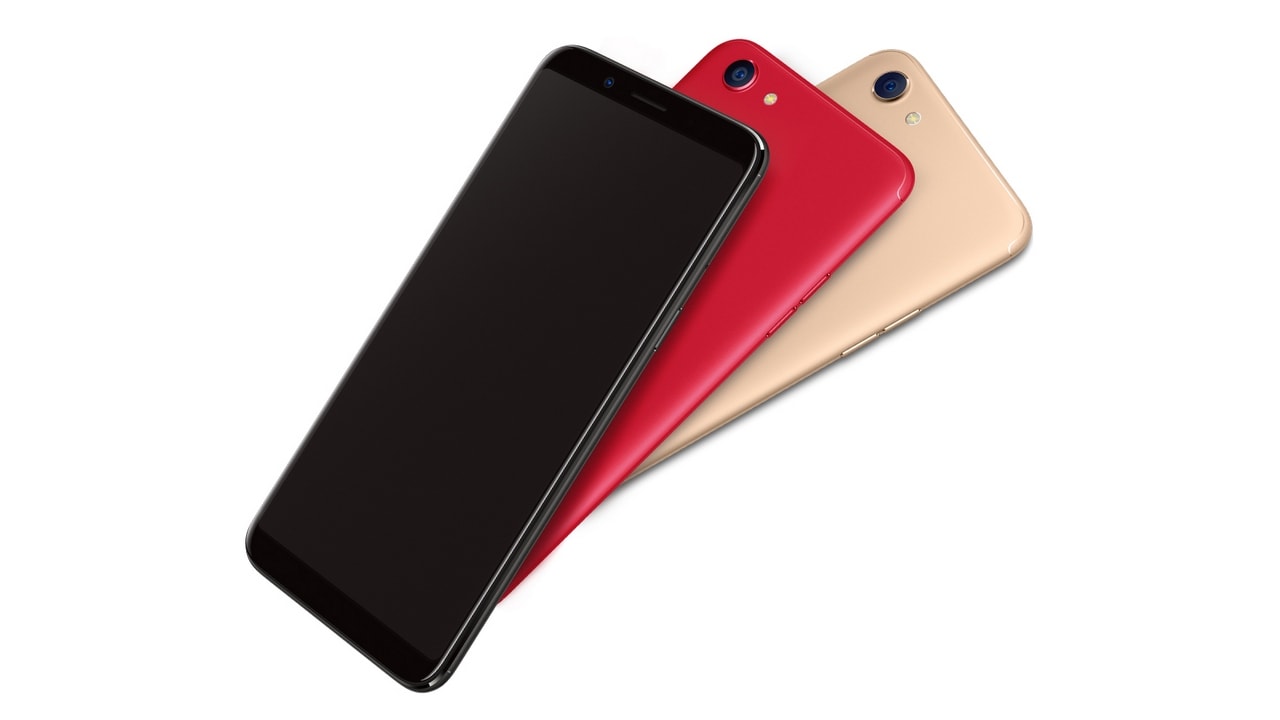 At the back is a 16 MP camera with an f/1.8 aperture lens and an LED flash. Surprisingly, there is no LED flash on the front.

The Oppo F5 features a 3,200 mAh battery, is powered by Android 7.1 (with ColorOS 3.2) and will be available for the Phillipines market in Gold and Black in the 4GB RAM variant and Red for the 6 GB RAM variant.