Oppo F5 6 GB RAM variant up for pre-order on Flipkart; sale to begin from 1 December

According to Flipkart’s website, as of now the website only shows the black variant of Oppo F5. The pre-order comes with a host of new offers.

The new 6 GB variant of Oppo F5 is up on Flipkart for pre-order. The smartphone would be available for sale from 1 December onwards and it has been priced at Rs 24,990. 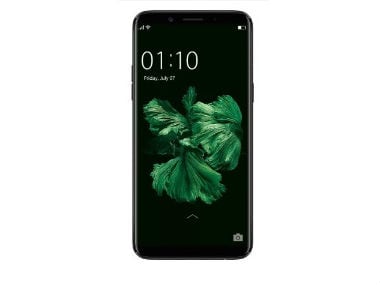 According to Flipkart’s website, only the black variant of the smartphone seems to be available. Despite the limited colour option, there are a lot of offers available for those who pre-order.

These include no cost EMIs which start from Rs 2,803 per month. Flipkart also gives extra five percent off if purchases are made using an Axis Bank Buzz Credit card.

Others offers include, three months of free Hotstar premium subscription. This subscription can be availed between 27 November to 2 December.

Packed with a 64 GB internal storage the smartphone also accepts SD cards of 256 GB in capacity, this variant of Oppo F5 comes with a 6 GB RAM with a 6-inch Full HD+ display.

Powered with 3,200 mAh battery the Oppo F5 comes packed with MediaTek MT6763T chipset with an octa-core setup clocked 2.5 GHz. In terms of the camera, the smartphone comes with a 16 MP rear camera and a 20MP front camera. It is also comes with an 'AI camera'.

Recently, the 4 GB RAM variant of Oppo F5 was launched with 32 GB storage. It has been priced at Rs 19,990. Initially, only the 4GB variant was launched in the Indian market. Now Oppo has also launched the 6 GB variant. However, unlike the 4 GB variant, which was also launched on Amazon, this variant is only available on Flipkart as of now.