Despite people's right to criticise, there are laws which enable the govt to act against online speech.

Recently two leading Pakistani activists alleged the increased governmental censorship against critical voices on social media. The two activists, as per this report, received warnings from Twitter against tweets which, as per Twitter, violated Pakistani laws. The actual tweets of the activists, however, were against a cleric who had posted tweets threatening the government and inciting violence. The tweets of the activists themselves did not have such content. One of the tweets, as per the activists, was, in fact, a call for the government to take action against the cleric.

The absurdity of the warnings, given that the tweets themselves (as per the report) were not incendiary, raised questions that Twitter’s warnings may have come from a governmental drive to censor critical voices, as opposed to being an actual violation of Twitter policy or Pakistani law.

Closer home, instances of governmental censorship in India are on the rise, such as in the form of the increasingly frequent internet shutdowns, the blocking of websites or defamation suits. 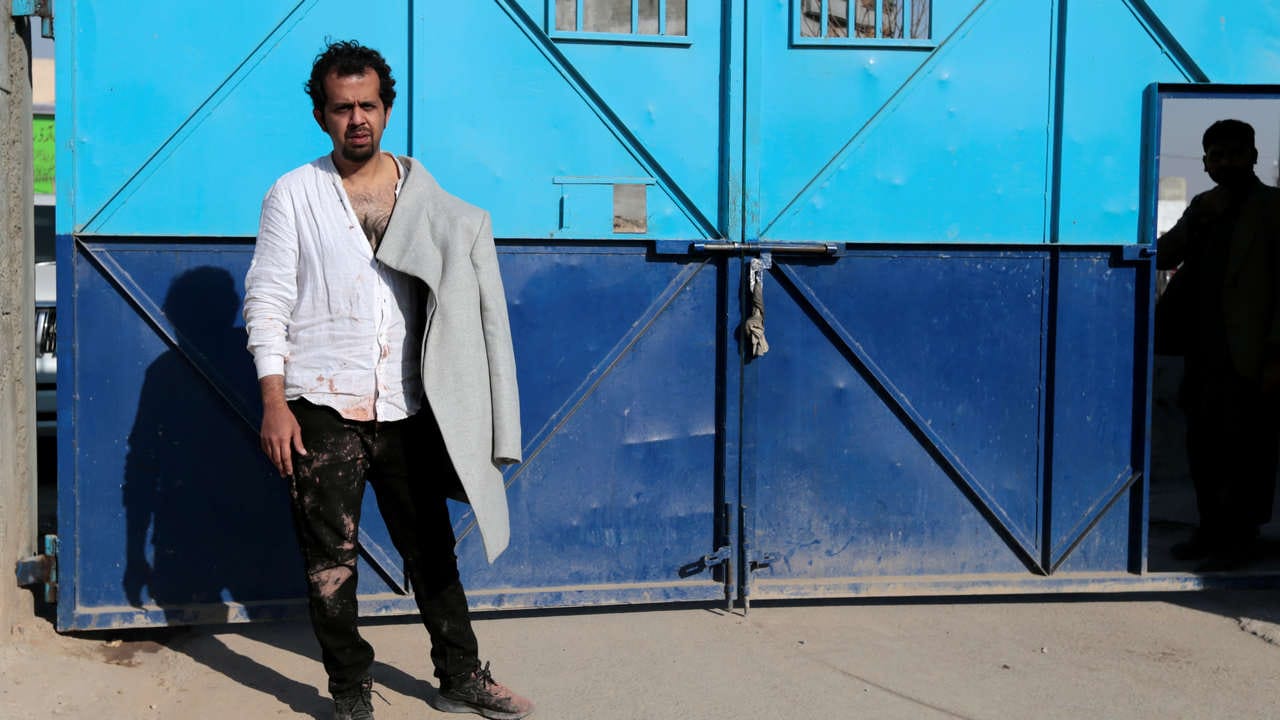 Pakistani journalist Taha Siddiqui, who escaped a kidnapping attempt, waits to be taken to the hospital in Rawalpindi, Pakistan. Image: Reuters

The governmental censorship arises from a number of laws granting it this power, and also from laws which are misused to censor. A number of case laws against these powers have established that, on the one hand, the government has the power to censor, but at the same time, the people have a fundamental right to criticise the government.

The right to peacefully criticise

Several cases have upheld people’s right to peacefully protect or criticise. An important case is that of Kedar Nath Singh v. State of Bihar, where the Supreme Court clearly held that criticism of public measures or comment on Government action, however strongly worded, is within reasonable limits, and further, is consistent with the right to freedom of speech. So long as there is no incitement to violence or an aim to create public disorder, such criticism is legal.

A case filed before the Supreme Court in 2016 on the increasing use of sedition laws (Section 124A of the Indian Penal Code, 1860) to act against intellectuals, activists, and the like, led to a reminder from the Court that the laws on sedition and defamation (Section 499, IPC) could not be used against criticism of the government. A famous example of the use of defamation laws to silence critics was also seen with the over 200 cases filed by the Tamil Nadu Government, which even the Supreme Court took issue with, asking the Tamil Nadu government not to ‘throttle democracy’.

The power to censor: Section 79

Despite the clear right people have to criticise, there are a number of laws which empower the government to act against online speech. The reasons for acting against it range broadly from protecting the sovereignty and integrity of India, keeping public order, preventing incitement to an offence, and so on. When looking specifically at the power of the government to direct an entity like Twitter to remove a tweet, this power is granted to it under Section 79 of the Information Technology Act, 2000. There are a number of laws which empower the government to act against online speech. Image: Reuters

Under this section, an intermediary like Twitter is bound to remove content within 36 hours, on receiving a court or governmental direction to do so. The law, while outlining the intermediaries’ obligations with respect to deletion of the content, however, does not simultaneously empower the people to question the removal of their content or to have it restored. People’s only recourse would be as provided by the social media platforms themselves, or to file a case for the violation of their right to freedom of speech.

Blocking of websites under Section 69A

Another section empowering the government to act against online content is Section 69A of the IT Act. This law allows the government to direct any intermediary to block public access to content. This is the section that enables the government to block websites. Section 69A was challenged before the Supreme Court in Shreya Singhal v. Union of India, but was upheld due the Court finding that the procedural safeguards in place were adequate.

These safeguards are laid out in the IT (Procedure and Safeguards for Blocking for Access of Information by Public) Rules, 2009. This is one law that requires the person or intermediary, whose website or content is to be blocked, to at least be given a notice and an opportunity to be heard prior to the blocking.

Yet another section under the IT Act, section 66A, thankfully, was struck down by the Supreme Court in the Shreya Singhal case, on account of being vague and broadly worded. The section’s wording had allowed action against messages that were ‘grossly offensive’, ‘caused annoyance’, ‘danger’.

This had led to the arrest of two girls in 2014 for passing comments criticising the ‘bandh’ in Mumbai following the death of the Shiv Sena leader Bal Thackeray. This gross misuse of Section 66A, in turn, led to the Shreya Singhal case and its quashing. Similar cases can be seen now in relation to the press as well, in the case of journalists who have published reports that are critical of the government. An example is the multiple FIRs against voices criticising Aadhaar, such as the FIR against journalist Rachana Khaira.

Internet shutdowns as a censorship tool

The latest form of censorship that the government has turned to is internet shutdowns. This SFLC report indicates that there have been over 106 shutdowns of the internet in 2018 alone. The reasons for these include dealing with law and order breakdown, to deal with the spread of provocative messages, rumour mongering and hate messages, and so on. The latest form of censorship that the government has turned to is internet shutdowns. Image: Reuters

Thus, while apparently issued for dealing with existing or potential law and order problems, the effect is a curb on legitimate speech as well, including governmental criticism. A large number of shutdowns are in Jammu and Kashmir, which, as per a UNESCO report, often follow military action which led to militant or civilian death. The Report goes on to describe internet shutdowns to be emerging ‘as a significant tool of censorship by governments, which are increasingly utilising shutdowns and under the guise of security’.

These shutdowns, further arise on the basis of Section 144 of the Criminal Procedure Code, a broad power which allows Magistrates to take any action required to control situations like riots. However, the legality of the use of Section 144 as such has been upheld by the Supreme Court and the Gujarat High Court, in cases filed against the increasing number of internet shutdowns.

The continuous criticism of the use of this section (possibly) led to the issue of the Temporary Suspension of Telecom Services (Public Emergency or Public Safety) Rules, 2017, rules which now specifically authorise the government to issue an order for the suspension of telecom services. The rules, while prescribing the procedure for the issue of the orders, however do not simultaneously define the circumstances under which the orders can be issued, nor do they introduce safeguards against the misuse of this power. The issue of these rules makes it clear that the government wishes to retain its power to shut down in the internet, and the effect on free speech thereby follows.

The need to correct the bias in the law

Balancing the right to freedom of speech with the need to maintain law and order is a tricky one. However, there is a notable bias in the laws which makes it much easier to censor content and remove it, than to have it restored. Particularly in the digital era, it is crucial to restrict the free hand the government has to censor, and to provide people with recourse against the misuse of the law. Freedom of speech and the freedom to criticise the government form the cornerstone of a democracy. These are rights worth protecting.