For a world that is driven by Instant Messaging, Tweeting, yesterday represented a disaster of epic proportions. First Google Talk faced a world-wide service outage, soon followed by Twitter.

For a social - constantly online world that is driven by Instant Messaging and Tweeting, yesterday represented a disaster of epic proportions. Will 26 July 2012 go down in history as a dark day in Internet history?

First Google Talk faced a world-wide service outage thatlasted nearly five hours. Google's App Status Dashboardshowed the red light status saying that the service was facing a worldwide outage, but the company has, as yet, not given any reason for why GTalk was down.Google posted this message at around 8.55 pm IST,

The problem with Google Talk should be resolved. We apologize for the inconvenience and thank you for your patience and continued support. Please rest assured that system reliability is a top priority at Google, and we are making continuous improvements to make our systems better. If you are still experiencing an issue, please contact us via the Google Help Center. 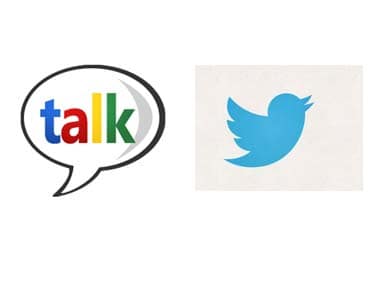 Google Talk was also trending on Twitter due to the outage. The best joke we heard on Twitter was by Death Star PR ?@DeathStarPR who tweeted

Google Talk is down. There's nothing to fear. We're just upgradingGoogle's systems/death laser capabilities. It also had a super cool picture of a Death Star with the Google Chrome logo which you can see here.

During the outage, users were not able to see contacts or send messages. In some cases, the typed message was not visible in the chat box and sometime in other cases, the message appeared in the box, only to be followed by a notification that said the contact did not receive the message.

As usual, Google Talk was trending on Twitter with people pouring in their complaints. Never mind that WhatsApp, Viber, iMessages, BBM and Skype were all working fine.

Then Google talk came back on. Perhaps because it was overwhelmed by the news, Twitter promptly went down.

The official Twitter company blog posted this wonderfully vague messages for users who flocked there in search of answers.

Users may be experiencing issues accessing Twitter. Our engineers are currently working to resolve the issue.

Initially, Twitter did not specify what issue was. Later the company said that outage was caused by a "noteworthy" double failure in its data centers. When one system fails, a parallel one is meant to take over, but two systems coincidentally stopped working at around the same time, Twitter said.

"I wish I could say that today's outage could be explained by the Olympics or even a cascading bug," Mazen Rawashdeh, VP of engineering, said in a statement apologizing to users. "Instead, it was due to this infrastructural double-whammy."

Of course keeping tandem with Twitter tradition, #WhileTwitterwasDown was soon trending once the site was back on.

While the Google Talk and Twitter crisis is still the talk of the online world, it's obvious that IMing and tweeting are now an essential part of everyone's daily activities. And yes, an outage will cause crazy reactions. We should know.

Twitter now lets you schedule tweets, save them as drafts on web app: How it works

Despite Trump's recent executive orders, Twitter is not backing down on deploying its policies against the US president