OnePlus hosts a blind camera test pitting the OnePlus 6 against the Google Pixel 2, Apple iPhone X and the Galaxy S9

OnePlus is also encouraging fans to share the blind test with more and more people, offering the top 3 sharers a unit of the OnePlus 6 each.

We are just days away from the official launch and have seen endless leaks about the OnePlus 6 so far. One thing that we usually hear OnePlus talking about is their flagship phone's camera performance. Finally, OnePlus has opened up, and in a rather novel way at that. 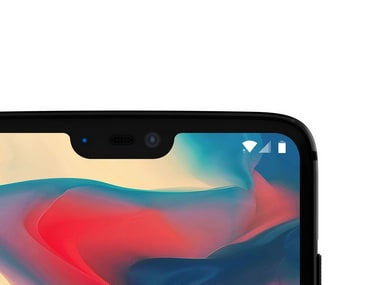 OnePlus has just opened a blind canera test on its website, pitting photos taken using the OnePlus 6 against other premium flagships – the Google Pixel 2, the Apple iPhone X and the Samsung Galaxy S9. These are phones with some of the best cameras around, so it's interesting that OnePlus has decided to put its unreleased flagship against them.

The company is focussing primarily on four categories and have divided sets of four photographs each based on these categories. The four categories are: Architecture, Low Light, Low Light Portrait and Portrait. The test in itself is simple. You see all four images in each set, clicked using the four phones and then vote for whichever strikes you as the best choice.

OnePlus is also encouraging fans to share the blind test with more and more people, offering the top 3 sharers a unit of the OnePlus 6 each. The company has set up a live scoreboard on the same webpage, revealing which individual has shared the test with others the most. Unfortunately, OnePlus isn't choosing to reveal the results of the voting. Hopefully, they don't pull a Xiaomi and delete the vote if the 6 fails at garnering enough votes. The blind camera test hosted on the OnePlus website.

From all the rumours we have had so far, the OnePlus 6 is expected to sport a vertically-placed dual-camera setup on the rear, which will be a combination of a 20 MP + 16 MP sensor, and a 16 MP camera up front.

The smartphone will be officially launched globally on 16 May in London followed by a launch in India on 17 May. Tech2 is headed to the event to cover it live, so be sure to check back in for updates.