Cyberpunk 2077 will release on 10 December and it will be available on PC, PS4, PS5, Xbox One, Xbox Series S and Series X upon its launch.

While Cyberpunk 2077 just faced a delay of 21 days recently, the CD Projekt Red developed game is still high on hype. Capitalising on the brand wagon, OnePlus has launched a special Cyberpunk 2077 variant of its OnePlus 8T lineup, called the OnePlus 8T Cyberpunk 2077 Limited Edition. However, the launch is China-exclusive for now. The new edition has a redesigned back panel and a lot of branding for the upcoming game. The product is now available for pre-order in China. Also, currently, there is no official information regarding the variant’s release in the global or the Indian market. 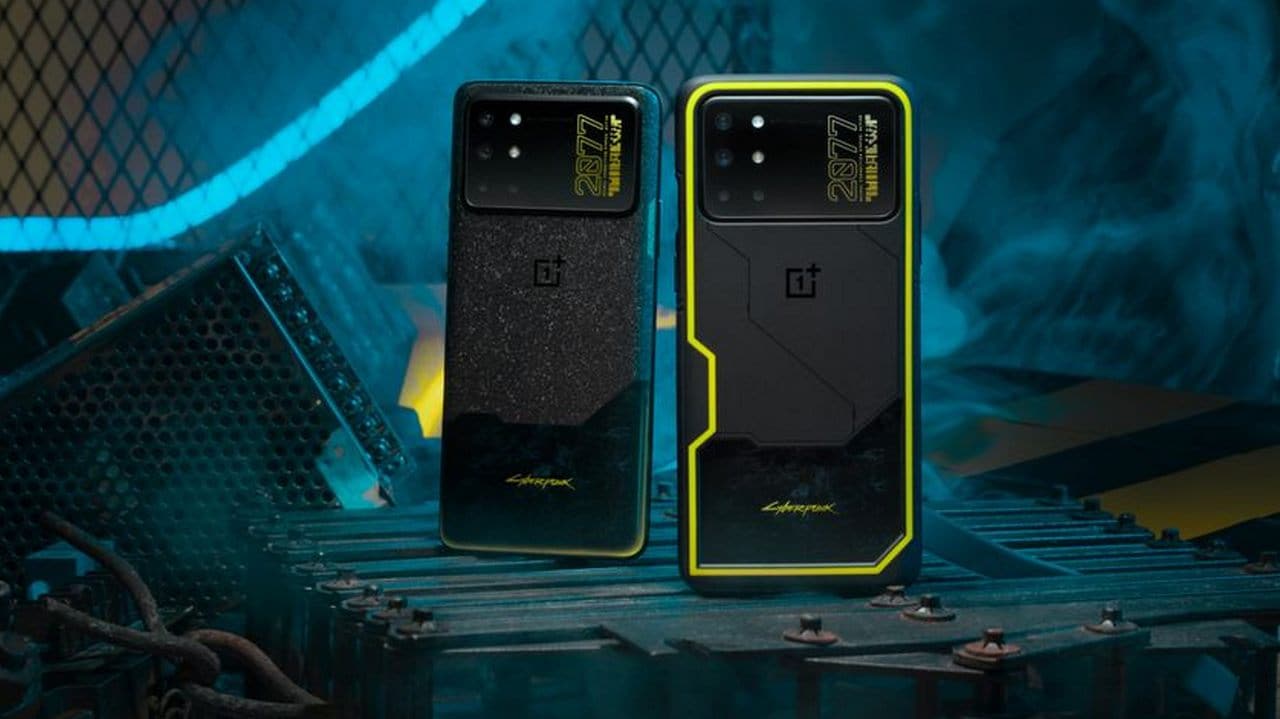 The phone has been priced at CNY 3,999. There is only one storage variant available in the form of the 12 GB RAM + 256 GB configuration.

While the regular OnePlus 8T (Review) came with a fair size of camera island, the special variant has received a size increase. The back panel is filled with grey and yellow hue shade so as to print out Cyberpunk 2077 more prominently. Along with these external design changes, the OnePlus and CD Projekt Red collaboration edition also runs a Cyberpunk themed version of the HydrogenOS processor. There are not a lot of hardware changes but the limited edition pack comes with some exclusive Cyberpunk-special goodies.

Buyers will get their hands on a special game-specific case as well as several stickers from the latest production. The products will go on sale in its home market on 11 November.

As XDA Developers pointed out, OnePlus is not the first company to rope in Cyberpunk for special branding projects. Earlier, Microsoft had also released a Cyberpunk Edition of its Xbox One X console.

Cyberpunk 2077 is now set to release on 10 December and it will be available on PC, PlayStation 4, PlayStation 5, Xbox One, and Xbox Series S and Series X upon its launch.