The leaked pictures show that the device has no notch or punch hole, might sport a pop-up camera.

OnePlus 7 Pro (Review) made its debut in India only a few months ago and it gave some really good competition to other smartphones in the market. The flagship smartphone of the company is priced at a starting price of Rs 48,999 in India. While this smartphone is still new in the market, it looks like OnePlus is already working on its next smartphone that is reportedly being called OnePlus 7T Pro.

According to a post from Weibo, the Chinese smartphone manufacturer is working on its upcoming smartphone. 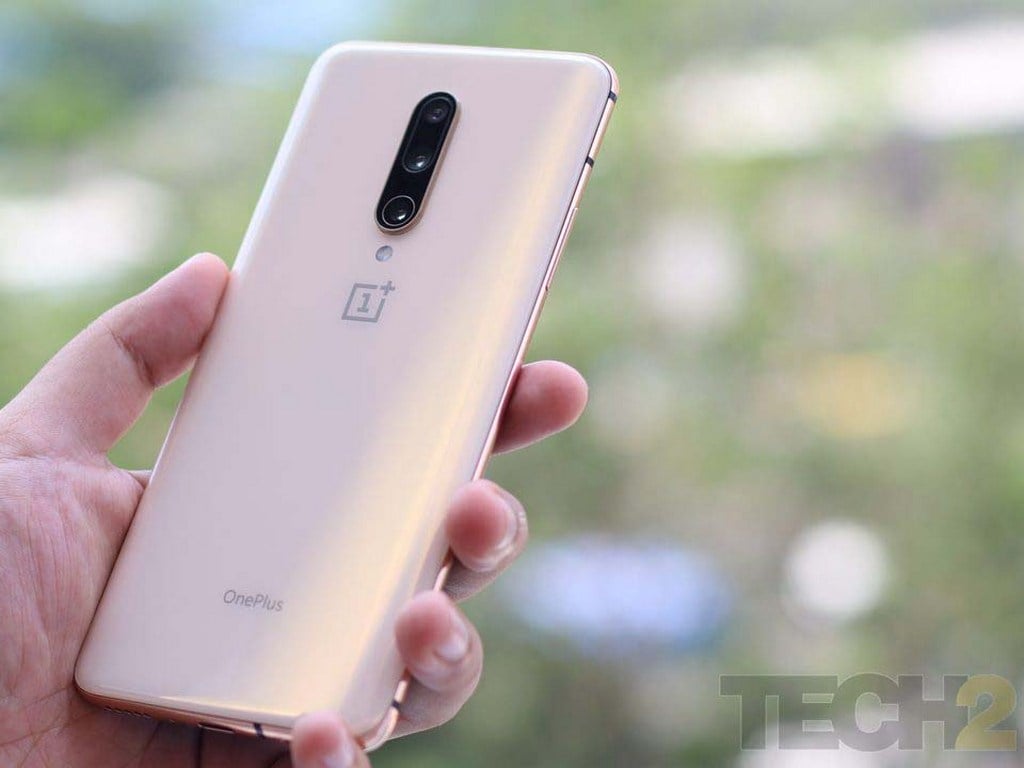 The image teased hides the design of the device entirely but we can see that there is no notch or punch hole for the front camera, so we can expect that this device might also come with a pop-up selfie camera. Although, we can see a speaker at the top of the screen. Slashleaks also leaked an image that confirmed that the phone might run on the beta version of Android Q. Slashleaks also leaked an image that confirmed that the phone might run on the beta version of Android Q.

It seems like we won't be witnessing any major design change in this smartphone so maybe other features like battery, camera might come with an upgrade.  Since wireless charging is something that is new in the industry right now, and since OnePlus is known for bringing the latest technology, we can expect this feature in the upcoming OnePlus 7T Pro.

If we go by the previous patterns, Oneplus might launch this smartphone by the end of this year. OnePlus 6T (review), OnePlus 5T (review), and OnePlus 3T (review) were also launched in the second half of the year.