As per the leaked image, the typical capacity of the battery is 3,700 mAh.

New leaked image shows that OnePlus 6T will have a 3,700 mAh battery unit which is nearly a 10 percent overall increase when compared to the unit on the OnePlus 6.

An unofficial source posted a leaked image of OnePlus 6T’s battery on Weibo and that it cited the typical capacity of the battery to be 3,700 mAh and 3,610 mAh as rated capacity, which is a substantial increase from the OnePlus 6.

It is quite likely that the OnePlus 6T will come with fast charging capabilities, along with a Dash charger. Since the information has come from unofficial sources we must take it with a pinch of salt.

Even though there is no confirmed date for the launch of OnePlus 6T, but leaked images show that the successor to the OnePlus 6 will launch on 17 October and that too in India. 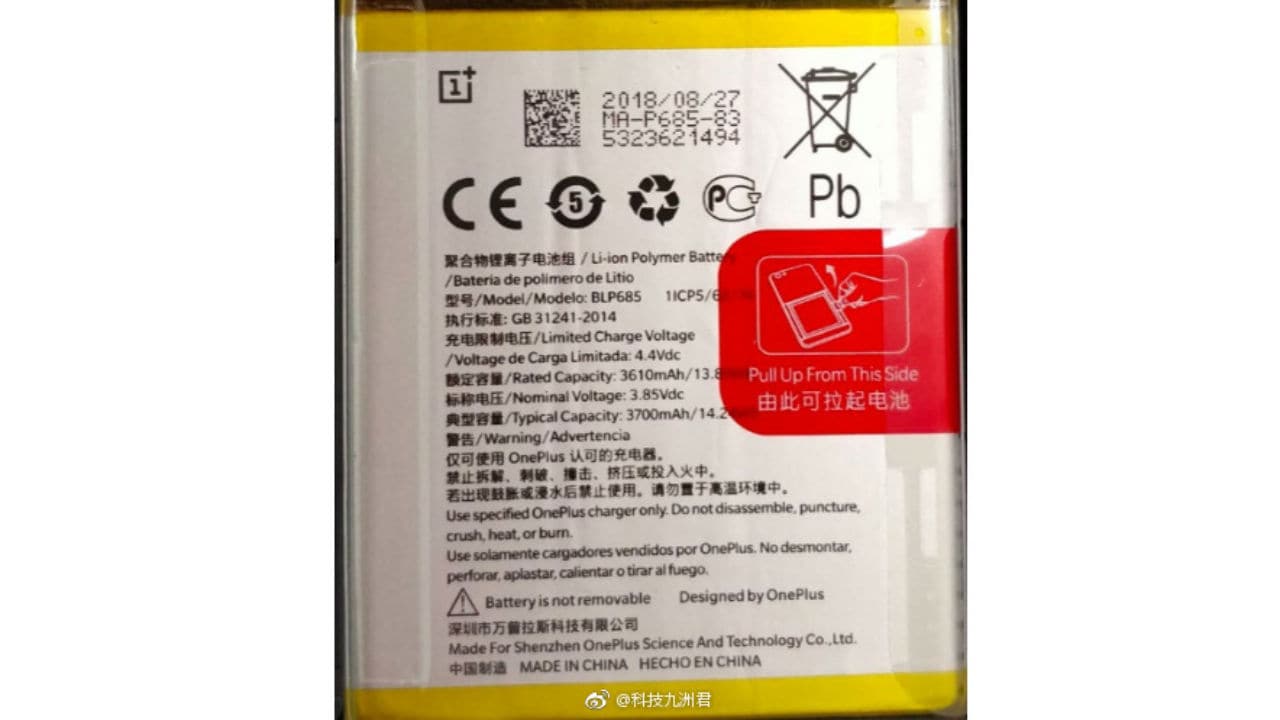