OnePlus captured 36 percent of the market share for the fourth quarter of 2018.

The top three brands that took over the premium market segment in the fourth quarter (Q4) of 2018 were OnePlus, Apple and Samsung with an overall contribution of 92 percent as per Counterpoint Research.

OnePlus captured 36 percent of the market share for the fourth quarter of 2018 which places the company at the leadership position for three consecutive quarters in 2018.

Also, the report declared the company flagships, OnePlus 6 and OnePlus 6T to be first and the second highest selling smartphones in 2018 respectively. The OnePlus 6T was followed by Samsung S9 Plus.

Samsung was seen to capture 26 percent share of the premium segment in Q4 2018. The newly launched Galaxy A9, world’s first quad rear camera phone attributed towards Samsung’s growth and was in direct competition with OnePlus. 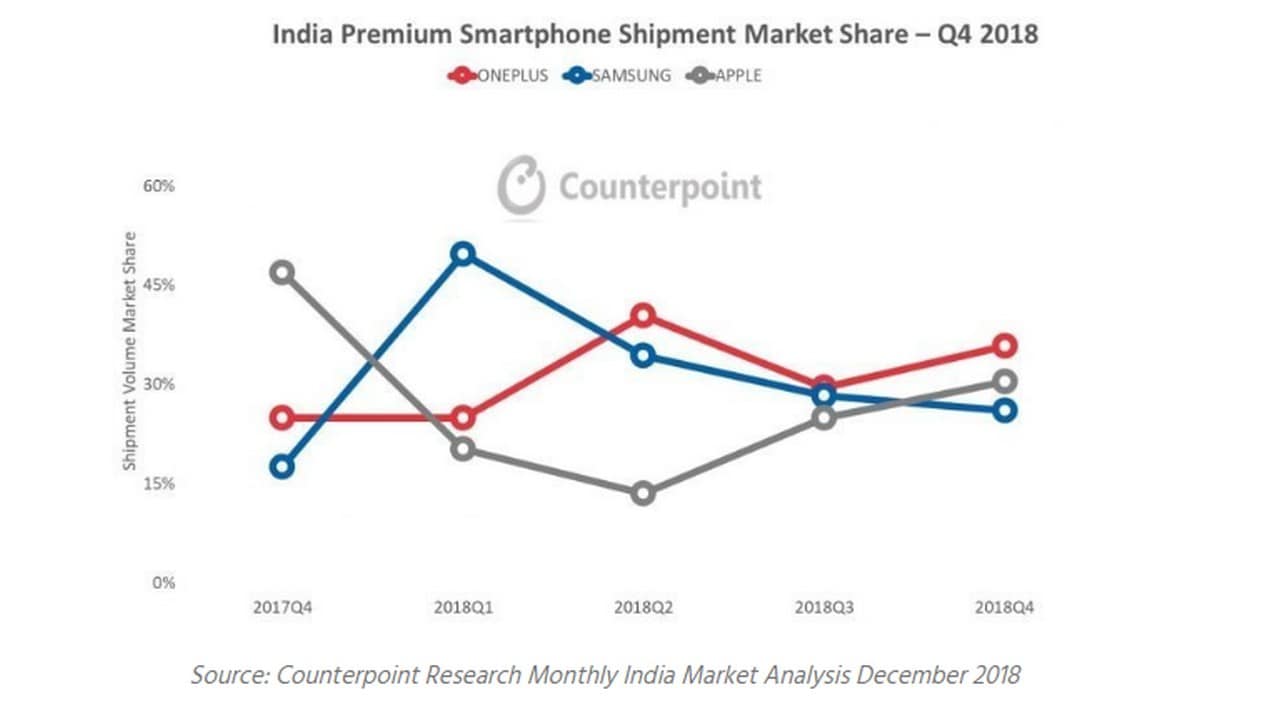 However, Samsung was seen to lead just by one percent in the premium market in terms of shipments for the whole of 2018. Samsung contributed 34 percent to the shipment market, OnePlus 33 percent and Apple ten percent. 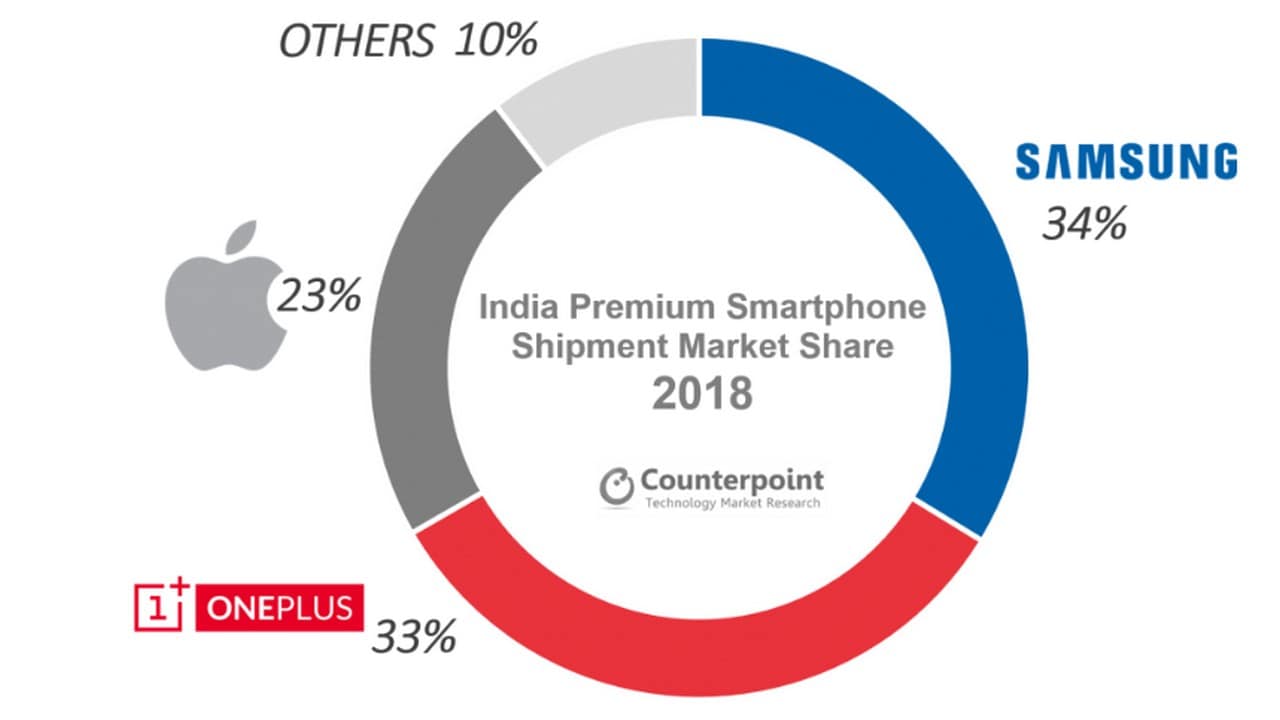 Samsung is seen to lead just by one percent in the premium market in terms of shipments. Image: Counterpoint Research

OnePlus Kickstarts The Festive Season In Style With These Offers

OnePlus Nord is available for purchase on Amazon: Here is all you need to know