OnePlus 5T goes on sale in India with attractive offers; OnePlus 5 to be discontinued

The One Plus 5 is likely to be discontinued once it would be sold out. It would meet the same fate as its predecessor One Plus 3.

While OnePlus 5T was launched in India on 21 November at Amazon India and oneplustore.in, the OnePlus 5 which was launched earlier this year, will be discontinued. 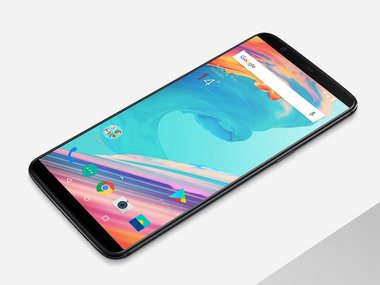 The OnePlus 5T, the latest flagship smartphone of the One Plus was launched recently at an event held in New York. It is available in India in Midnight Black colour variant. It has two storage variants, one is the 64 GB model, the second a 128 GB option. The 64 GB variant is priced at Rs 32,999 and the 128 GB is priced at Rs 37,999.

The smartphone was launched in India with an early access sale for Amazon Prime members. This is valid only on 21 November.

Other offers regarding the smartphone include, cashback offers worth Rs 1,500 if the smartphone is purchased using HDFC debit and credit card. This is valid until 2 December. For Idea Cellular users, they can get an internet of 1,008 GB, which constitutes 2 GB of 4G internet per day for 18 months at Rs 357 per month.

Other offers also include referral leadership board, where the user can send a referral code to someone on buying the smartphone from the oneplustore. On a successful referral, the user will get 200 points which are worth Rs 1,000. This can be redeemed against any OnePlus accessory.

This referral contest will gift OnePlus travel backpack to the top 100 winners. This is valid from 21 November to 30 November.

Other than this OnePlus is also giving a OnePlus Care protection plan. This service covers Accidental Damage Insurance which would be provided by Servify. By downloading Kotak 811 app, the user can activate the service with an initial deposit of Rs 1,000. This service is valid for 12 months.

As Venkatesh Daggubati's Narappa releases on Amazon Prime Video, all you need to know about cast, crew, plot