The update brings face unlock feature to the OnePlus 5 users as it was only available for OnePlus 5T. 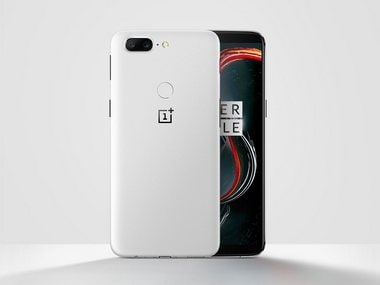 The over-the-air (OTA) Oreo update is rolling out with Oxygen OS 5.0.3. OnePlus initially launched OxygenOS 5.0.2 but later hold it and rolled out 5.0.3. It didn't state the changes between the two versions but it is likely that the older version has some issues. The new update comes with Oreo features such as picture-in-picture mode, Notification Dots, Smart Text Selection, and more. The update also brings a new design for quick settings, general bug fixes and improvements.

The OTA will be releasing to a few people initially and is expected to roll out for everyone in the coming days.

OnePlus removed an APK called Mkey from the OxygenOS 5.0.3 along with adjusting the volume of 5T headsets to align with voltage regulations in Europe. The company warned that the sound may seem "a bit lower" for some users. Mkey was a font resource for Indian users to ensure local font compatibility.

The company rolled out Oreo 8.0 for the OnePlus 5 in December. OnePlus recently released Open Beta 5 and 3 for 5 and 5T users.