Pedal can be used for "distances that are not far but too far to walk" like within college campuses, corporate parks or residential complexes.

After taxis and auto-rickshaws, cab aggregator Ola is now piloting bicycles on various campuses in the country to promote use of environment-friendly means of transportation. According to a video posted by the Bengaluru-based startup, Pedal can be used for "distances that are not far but too far to walk" like within college campuses, corporate parks or residential complexes. 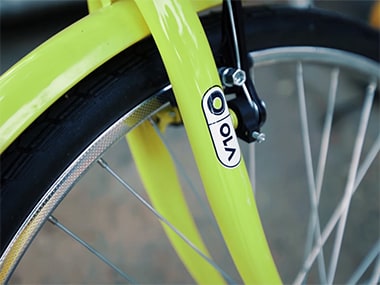 Users can look for the Ola bicycles on the app and book a ride. Using Aadhaar/QR codes, users can authenticate themselves and unlock these Made in India bicycles and upon reaching their destination, lock it again. "We are piloting Ola Pedal in various campuses, to begin with. Bicycles are a sustainable and efficient alternative for covering first and last mile mobility needs in our cities," an Ola spokesperson said.

He added that Ola Pedal aims to solve larger issues like pollution and congestion in cities, especially for short distance trips. While the spokesperson did not name the campuses where the pilots are running, he said the company is working on expanding the scope of this offering in the weeks ahead. He declined to comment on the pricing model and how many bicycles have been deployed so far.

Little Lifestyle Hacks to stop you from scampering at month-end

Kerala Floods: Here’s how Facebook, Google are helping with their tracking tools