Ola and Uber could be asked to go electric by 2026, reveals leaked govt. documents

Uber, Ola would need to start converting their fleet by next year to achieve 2.5% electrification by 2021.

India plans to order taxi aggregators like Uber and Ola to convert 40 percent of their fleet of cars to electric by April 2026, according to a source and records of government meetings to discuss new rules for clean mobility.

Uber and Ola, both backed by Softbank Group, would need to start converting their fleet as early as next year to achieve 2.5 percent electrification by 2021, 5 percent by 2022, 10 percent by 2023 before hiking it to 40 percent, according to the person and the records that have been reviewed by Reuters.

Some taxi players, like Ola, have previously tried to operate electric cars in the country, but with little success given inadequate infrastructure and high costs.

New Delhi, however, is looking to push the new policy to boost the adoption of electric vehicles (EVs) as it tries to bring down its oil imports and curb pollution so it can meet its commitment as part of the 2015 Paris climate change treaty. Indian think-tank Niti Aayog, chaired by Prime Minister Narendra Modi and which plays a crucial role in policymaking, is working with several ministries on the new policy.

Neighbouring China, home to the world’s top auto market, is already leading the world in electrification by setting tough EV sales targets for car makers and offering incentives to taxi operators to increase their fleet of clean-fuel cars.

EV sales in India grew three-fold to 3,600 in the year ended March but still account for about 0.1 percent of the 3.3 million diesel and gasoline cars sold in the country over the period, industry data showed. China’s electric car sales, meanwhile, rose 62 percent in 2018 to 1.3 million vehicles.

In a meeting in New Delhi on 28 May, Niti Aayog officials and the ministries of road transport, power, renewable energy and steel, as well as the departments of heavy industries and trade, were among those recommending taxi operators in India gradually convert to electric.

They also recommended that all new cars sold for commercial use should only be electric from April 2026, a change that would also apply to Uber and Ola, said the person who has direct knowledge of the matter but spoke on condition of anonymity.

Motorcycles and scooters sold for commercial purposes, like food delivery or for use by e-commerce companies, will also need to be electric from April 2023, the person added. 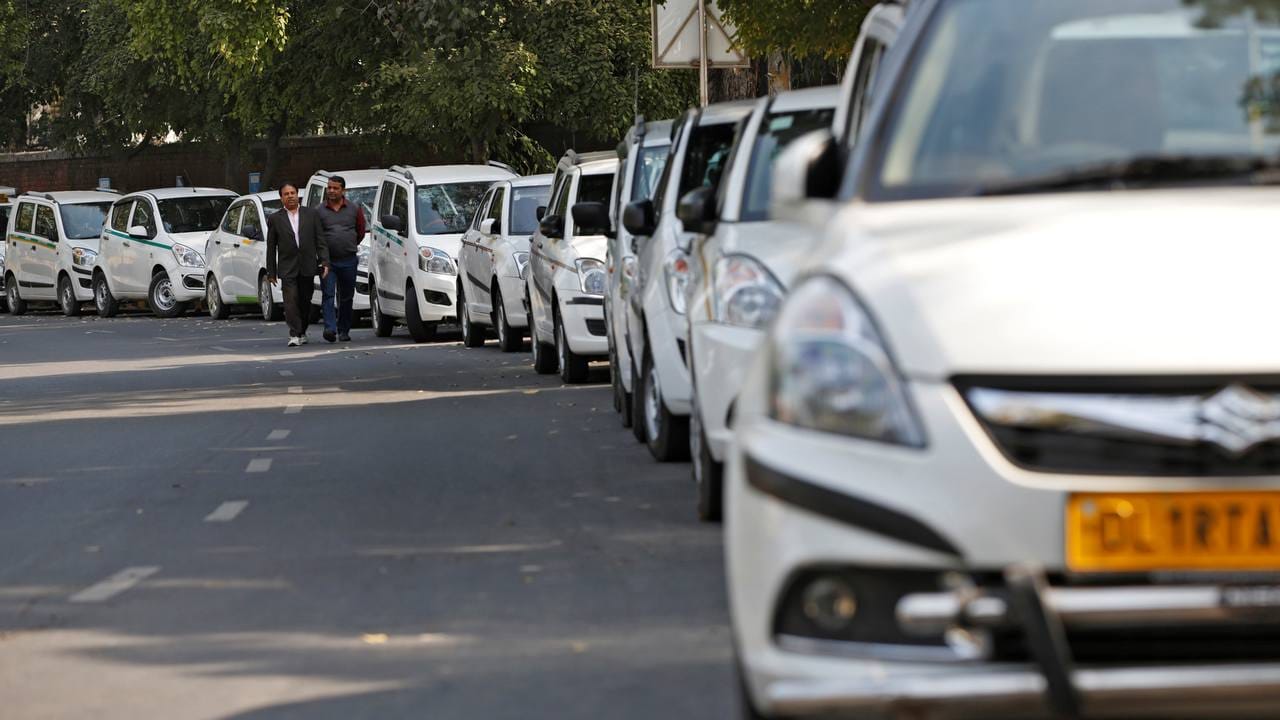 Drivers of Uber and Ola walk next to their parked vehicles. Reuters

India has seen a boom in food delivery apps like Zomato and Swiggy, which counts Naspers and Tencent as investors. Sales by e-commerce firms like Amazon.com and Walmart-owned Flipkart are also rising.

The EV proposal comes weeks after the inter-ministerial committee recommended electrifying most motorbikes and scooters for private use and all three-wheeled autorickshaws within the next six to eight years.

While there are several electric scooter manufacturers in the country including Ather Energy, Hero Electric and Okinawa, there are only two car makers that build and sell electric cars - Mahindra & Mahindra and Tata Motors.

Some taxi operators have so far had little success operating electric cars in India. Ola launched a pilot project in the central Indian city of Nagpur in 2017 but a year later drivers, unhappy with long wait times at charging stations and high operating expenses, wanted to return to gasoline cars.

Ola, however, is not giving up yet. 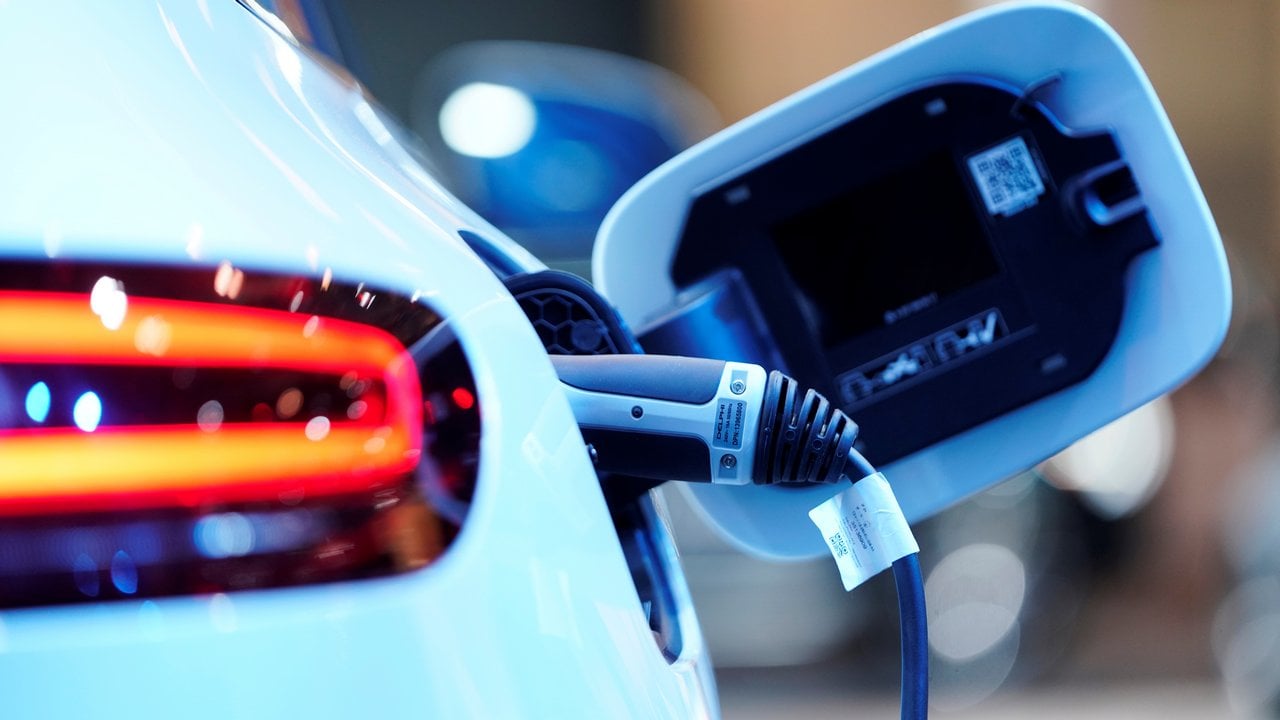 A charging port of an electric vehicle. Reuters

It also raised $300 million from Hyundai Motor and Kia Motors and formed a strategic partnership with the South Korean duo to help build India-specific EVs.

Modi’s government in 2017 had set an ambitious target to electrify new cars and utility vehicles by 2030 but resistance from the industry forced it to scale back the plan.