Ola "Outstation" cabs category to appear on Google Maps soon; the service is available in 23 cities

The move enables bookings from 23 cities to over 215 one-way routes in the country via Ola and Google Maps. 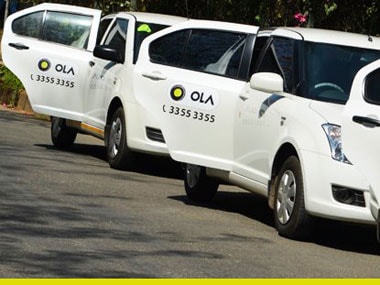 The move enables bookings from 23 cities to over 215 one-way routes in the country. In the coming weeks, the integration would be expanded to 500 routes.

"Google and Ola, have been joining forces time and again with a strategic goal in mind — enhancing customer experience and catering to a wide number...," said Vijay Ghadge, Vice President of Operations at Ola, in a statement.

"Ola Outstation has gained significant prominence in the past year since its launch and this association takes us a step further in making the category as reliable and convenient as intra-city commute," he added.

Once the destination is keyed in on Google Maps, the commuter can navigate to the transit tab and choose Ola as the commute option and he or she would be taken directly to the booking screen on the Ola app. In October 2016, Ola integrated its intra-city cab travel options with Google Maps, enabling customers to discover cab options with estimated fares and the estimated time of arrival.

This news comes after Ola and Zomato announced a partnership to book cabs to your favourite restaurants using the same app.