Nokia's upcoming device might sport a 6.2-inch display and a Snapdragon 632 SoC

On the camera front, the phone is expected to come with 16 MP dual rear cameras with Zeiss optics.

The Nokia 8.1 launched in India in December last year at Rs 26,999 with a Snapdragon 710 SoC and a 6.18-inch Full HD+ 'PureDisplay.' Even though the 8.1 is relatively new, rumours of a Nokia 8.1 Plus have already begun circulating. There are also sources saying that this might not be the 8.1 Plus, but the Nokia 6.2 instead, which would seem more likely given the recency of the 8.1 launch.

As per a tweet posted by Nokia Leaks, Nokia's upcoming phone is called the Nokia 6.2 and will sport a 6.2-inch display and a Snapdragon 632 chipset.

The phone will also come in two variants — 4GB RAM and 6GB RAM. There is no mention of the storage.

On the camera front, the phone is expected to come with 16 MP dual rear cameras with Zeiss optics. The phone will also have Nokia’s OZO Audio technology.

The phone is also said to hit China first around the end of January or early February.

Renders of the assumed Nokia 8.1 Plus have also surfaced online showing thin bezels and a punch hole camera on the top-left of the screen. 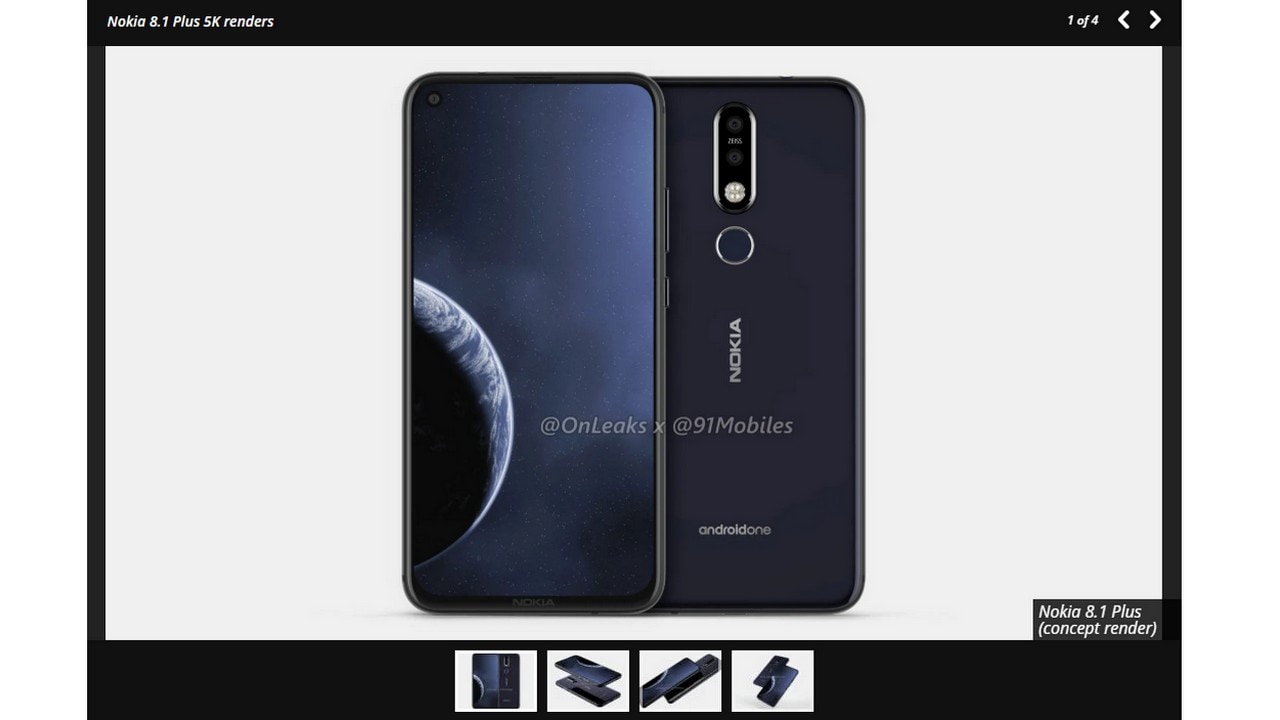 Even though the chin looks quite thin, the company has managed to squeeze in the brand name.

On the back, the image renders show a vertically aligned dual-lens camera with a flash below it. The report further says that they are Carl Zeiss lens.

There is also a fingerprint sensor seen on the glass-covered rear. A Nokia logo and the Android One branding can even be seen.

The phone is shown to have an audio jack at the top frame and a USB-C port at the bottom along with the speaker grille and a microphone. The volume and power buttons are on the right side of the frame.