The report states that it could be a revamp of the older Nokia X series with the Nokia X6 as the first device. Nothing is known for certain at the moment.

HMD Global is all set to launch another Nokia series phone, it seems, and this one looks like it will embrace that 'notch'. There is some confusion regarding the naming conventions though, it is being speculated to be called either the Nokia X or the Nokia X6 and will most likely launch on 16 May. 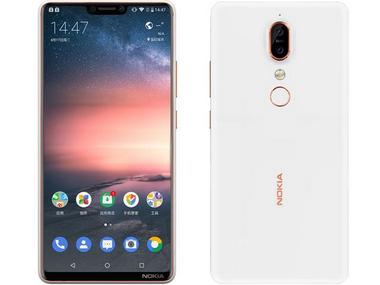 According to a report in GizmoChina, fresh photos of what appears to be the Nokia X have been posted on Weibo which give away its design. For starters, it comes with a visible notch in the front and there is also a chin with the Nokia branding. It appears to have a glass back with a circular fingerprint scanner just below the dual rear camera module, which is aligned in the centre.

The report goes on to state that Nokia is planning to have a week-long event at the Mercedes Me Square in Sanlitun, Beijing which will end on 2 May. The marketing materials point to a 'Nokia X' moniker even though rumours are also hinting at a Nokia X6. The report states that it could be a revamp of the older Nokia X series with the Nokia X6 as the first device. Nothing is known for certain at the moment. It is expected to come with a 5.8-inch display with a 19:9 aspect ratio. This design seems to be quite reminiscent of the Nokia 7 Plus due to the placement of the cameras and the accents. The phone is said to have two variants of Snapdragon 636 SoC and MediaTek Helio P60. The handset is tipped to be coming with the Android 8.1 Oreo.