Nokia 9 Pureview will probably be launched alongside Nokia 8.1 at an event on 5 December.

We have seen a lot of rumours about the Nokia 9 Pureview, which is going to feature a penta-lens camera. A case for the same has now been listed on Amazon's UK website.

HMD Global is expected to unveil at least two smartphones on 5 December. One of them is most likely going to be Nokia 8.1 which is actually the global variant of the Nokia X7 launched in China, and the second will hopefully be the Nokia 9 Pureview.

This isn't the first time we're seeing a case leak online. Last week we saw a Silicon case with seven cutouts at the back for lenses and a flash is quite likely for the Nokia 9 PureView.

The new case, by the manufacturer UniqueMe has been described on the website as a TPU case with ultra-thin and lightweight design. 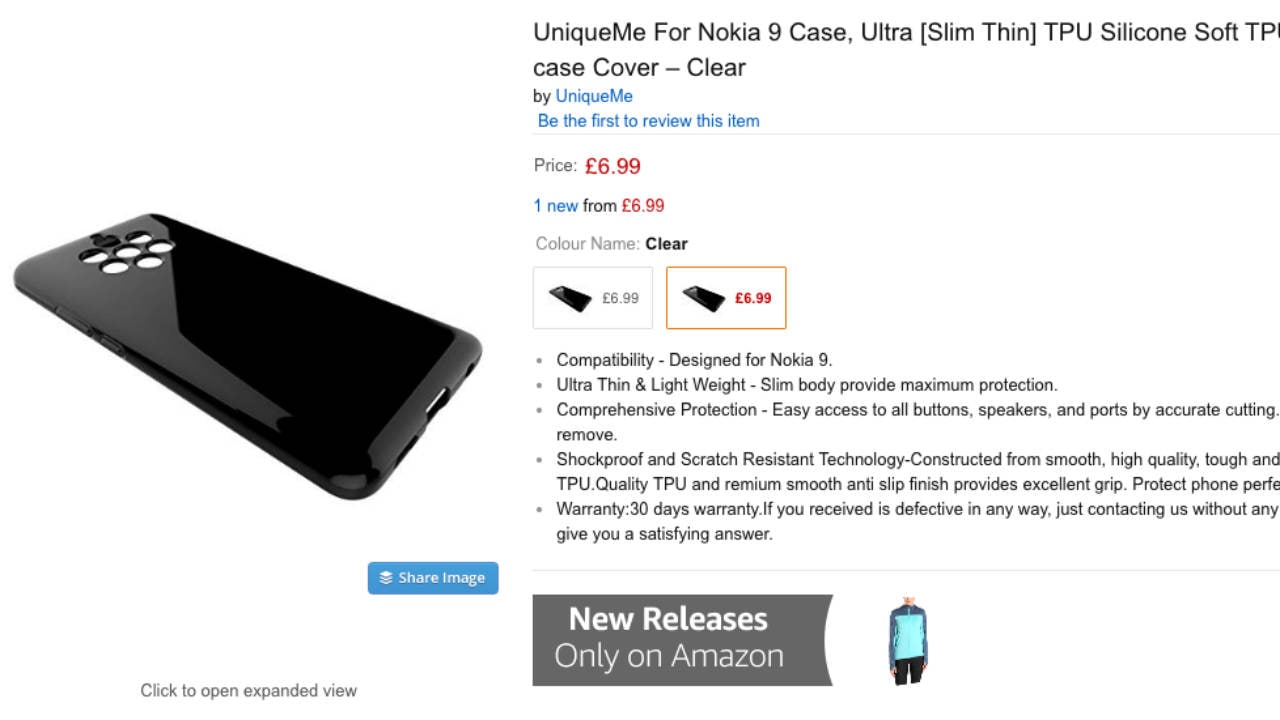 Just like the previous case renders, we see seven cutouts here, which are placed in a hexagonal shape, six in a circle and one in the center.

Out of these, five will be cameras which are expected to come with Zeiss-branded optics. There is no fingerprint sensor at the back, it could either be in the front or be an in-display scanner. Hope that it is not completely reliant on facial unlock.

PureView trademark was originally licensed to Microsoft and later transferred to HMD Global by the European Union Intellectual Property office. PureView phones are associated with having a great camera.

There is no word on the total pixel count of this camera system, but they could pretty high. However, one report did mention that three out of the five rear cameras are rumoured to be 41 MP units, one a 20 MP unit and the fifth one a 9.7 MP unit.

The alleged Nokia 9 PureView is expected to be powered by Snapdragon 845 SoC with 8 GB RAM and 256 GB internal storage and it might feature a 6-inch display. We do not know when the device will be launched, but here's hoping that it soon see the light of day.