The leaked schematic comes from a Baidu forum, and reveals the size comparison between the recently leaked out entry-level Nokia 2 and premium flagship Nokia 9.

It's another day and the there's another bunch of leaks revealing a few more details about the much-rumoured Nokia 9 flagship from HMD. This time around, there is not just a leaked schematic, but a fan made render that gives us a better idea as to what this upcoming device will look like. The leaked schematic comes from a Baidu forum, and reveals the size comparison between the recently leaked out entry-level Nokia 2 and premium flagship Nokia 9. While the Nokia 2 outline looks very similar to a recent leak, the Nokia 9 looks a bit different.

The smartphone appears broader, not taller and appears to have a 3D curved glass on the back. This is similar to what most manufacturers have been following since Samsung came up with the Galaxy S7 edge.

The outline reveals a smartphone with a dual camera setup at the rear, accompanied by what appears to be a quad-LED flash. Below the flash, sits a fingerprint reader, which has moved from the front to the back because of the expected edge-to-edge display. Other details reveal the volume rocker and power button on the left side of the device. Another leak coming from a Twitter tipster, hints reveals a render of the device, that looks very close to the Baidu leak. The render which has been created by the tipster himself, showcases the front of the device as well as the rear. While the rear looks similar to the Baidu leak, the front has more similarities to the Nokia 8 and the Samsung Galaxy Note 8. There are ultra-thin-bezels on the left and right, while the top and bottom showcases bezels that appear similar to the stuff we have on the Galaxy Note 8. 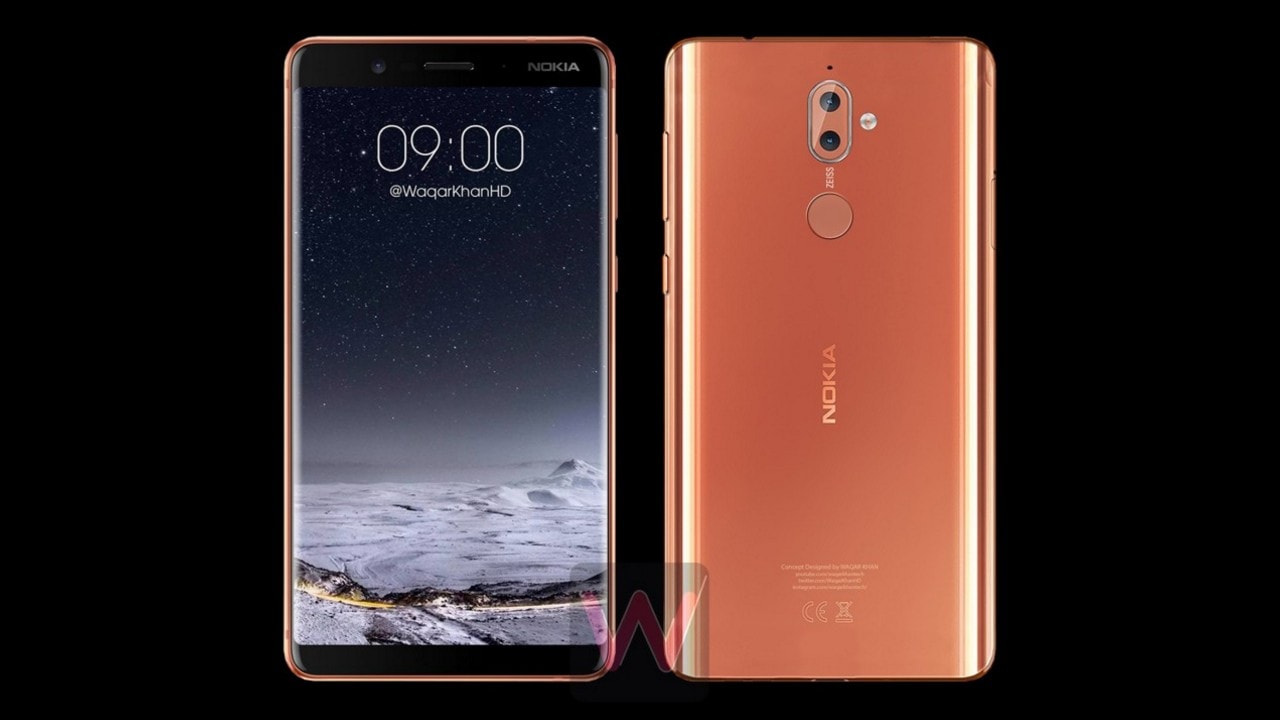 The device according to previous reported rumours is expected to feature a QHD 5.3-inch display, a Snapdragon 835, 4 GB RAM and cameras from the outgoing Nokia 8. Again, these cannot be confirmed as most of the details from the earlier leak seems to have already appeared on the Nokia 8. The Nokia 9, if anything, should at least be an upgrade from the Nokia 8.

Nokia 9 renders shows off the penta-camera setup and an 18:9 notch-free display