After the launch, we thought that it is better to outline the entire Nokia lineup in terms of specifications as well as the competition.

HMD Global, the Finnish smartphone maker that currently holds the rights to the brand name of Nokia has announced four smartphones in this year. The company announced the return of Nokia-branded smartphones and essentially, Nokia, to the smartphone market with the announcement of three Nokia devices during Mobile World Congress (MWC) 2017 in Barcelona. The company announced the Nokia 3, Nokia 5, and Nokia 6 during MWC with no announcement about any true flagship for users interested in buying a high-end, Nokia-branded smartphone. The interesting thing to note here is that the company had not announced any flagship at the time.

After a number of leaks, rumours and estimates, the company finally announced the Nokia 8, its first, true flagship, on 16 August 2017 in London. This is the first flagship in the market after the Lumia series running the Windows Phone platform and Nokia 808 Pureview running the Nokia Symbian platform. This launch of the flagship has potentially addressed the demand from customers who were interested in buying a Nokia-branded flagship. After the launch, we thought that it would be nice to outline the entire Nokia lineup in terms of specifications as well as the competition that these smartphones will face in the Indian market.

Nokia 3 is powered by a quad-core MediaTek 6737 chipset clocked at 1.3 GHz along with 2 GB RAM. The smartphone will pack in a 5-inch IPS LCD panel with HD (1280x720) resolution. The screen will be 2.5D curved gorilla glass along with 450 nits of brightness. 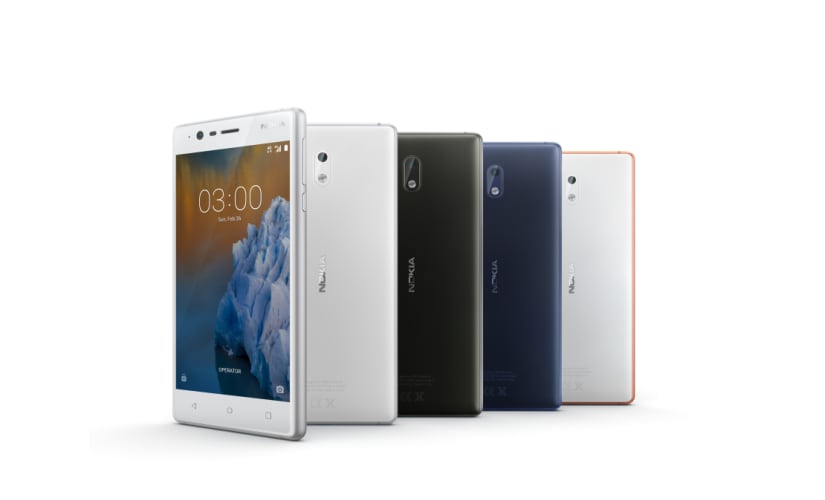 The smartphone is available in four colours – Matte Black, Silver White, Tempered Blue and Copper White. HMD Global has priced this entry-level smartphone at a price of Rs 9,499 in the market making it a direct completion against the Xiaomi Redmi 4, Redmi 4A, Redmi Note 4, Moto E4 Plus. Moto G4, Moto G4 Play and Lenovo K6 Power. There is no competition to Xiaomi at this price-range and Lenovo-owned Moto can also hold its own in terms of specs and software. This price point pits the smartphone against Redmi Note 4, Moto G5, Honor 6X and Lenovo Z2 Plus. There is no comparison between Z2 Plus and the Nokia 5 in terms of specifications, as the former packs a much more powerful Qualcomm Snapdragon 820. Comparing the smartphone with the Redmi Note 4, Moto G5 and even the Honor 6X does not yield anything different. As far as specifications are concerned, the Nokia 5 is dead in the water.

The Nokia 6 sports a 5.5-inch full HD display with 2.5D Gorilla Glass protection. The phone sports an aluminium unibody design. It is powered by a Qualcomm Snapdragon 430 SoC with X6 LTE modem. In terms of memory, you get 3 GB RAM and 32 GB of internal storage. This storage can be further expanded using a microSD card. The phone runs the latest Android 7.0 Nougat OS. As for the cameras, there is a 16 MP primary camera on the phone with an f/2.0 aperture and an 8 MP front-facing camera with an f/2.0 aperture. The rear camera of the phone comes with phase-detect AF and a 3,000 mAh battery. 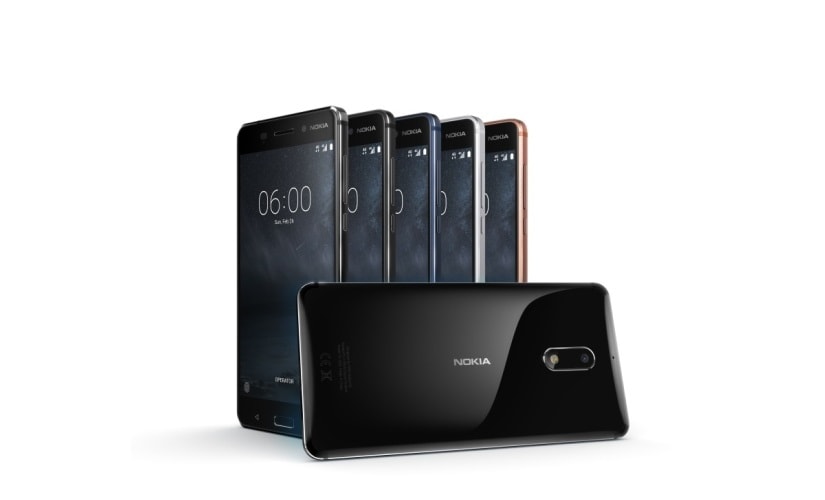 It is available in the same colours as the Nokia 3 and Nokia 5, including Matte Black, Silver, Tempered Blue and Copper. It is available for Rs 14,999 and it pits the smartphone with almost the exact same devices at against Nokia 5. The only smartphone we can hope to add here as completion is the Xiaomi Mi Note 2 which still beats the Nokia 6 hands down in terms of specifications.

Nokia 8 packs a dual-camera setup on the back with two Carl Zeiss-branded camera modules. There are three cameras in total, the rear being a dual camera. The smartphone comes with a third camera sensor on the front and all three use 13 MP sensors with f/2.0 lenses. The rear setup features an RGB sensor with optical image stabilisation (OIS) paired with a monochrome sensor without OIS along with an IR range finder. The latter should help with improving focus speed in the dark as well as to improve depth perception for a portrait-mode-like feature. HMD Global is focusing on the camera and its software with the launch of Nokia 8. They have introduced two new ‘features’ names as ’Bothie’ and ‘Dual Sight’ modes. In these modes, you'll use the front and rear cameras to take an image or video. The Nokia 8 has 4K streaming capabilities and employs Nokia OZO Audio for spatial 360-degree audio recording.

The phone has an aluminium unibody design housing a 5.3 inch, 2K, polarized display covered with Corning Gorilla Glass 5. Nokia 8 will be running on Android 7.1.1 Nougat and employs an octa-core Qualcomm Snapdragon 835 processor along with 4 GB of RAM and 64 GB of internal storage expandable to 256 GB via a micro-SD card. The phone uses a full-length copper cooling pipe with a graphite shield to dispense heat across the metal body of the phone. The device has a 3,090 mAh battery and 4G dual-SIM support with one slot acting as a hybrid SIM slot. It also has an IP54 rating, making it splash proof. The phone comes with a 3.5 mm jack and a type-C port (USB 3.1 Gen 1), NFC and Bluetooth 5.0 for connectivity. The company has not announced the availability and pricing details for the Indian market but we can expect the smartphone to cost anywhere between Rs 38,000 and Rs 48,000. This will pit the device against the industry heavy-weights like OnePlus 5, HTC U11, Samsung Galaxy S8 and others.

As reported previously, we think that the Nokia 8 does not bring anything unique to the table to ensure that we can recommend the smartphone over other smartphones available in the market. Of course, we're only looking at specifications here. Only real world usage can truly define the product's worth. That said, Nokia is entering a very crowded, feature-rich smartphone market, and it's offerings had better stand out. 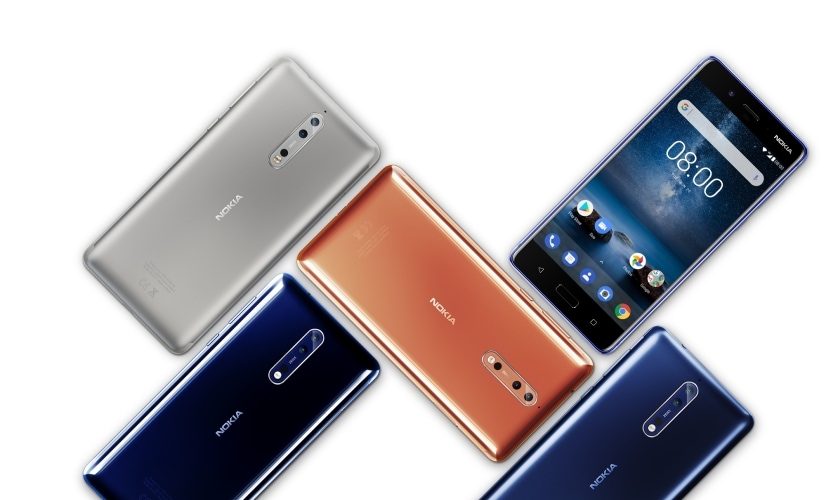 Clearly, Nokia smartphones are consistently falling behind the competition in their respective price brackets, in terms of hardware and specifications anyway. The company is trying to create a foothold in the market but only nostalgia will not help the company. Companies like Xiaomi, Moto, OnePlus, and HTC are outpacing the company in terms of hardware and value for money. We're happy that Nokia is back, but is it offering enough?