Nokia 125 and Nokia 150 feature phones are available for purchase in India starting today.

In a virtual press briefing, HMD Global announced four new Nokia phones in India today – the Nokia 5.3, Nokia C3, Nokia 125 and Nokia 150. While the Nokia 5.3 is priced starting Rs 13,999, the Nokia C3 caters to the entry-level smartphone users with its price starting at Rs 7,499.

The Nokia 5.3 can be pre-booked on Amazon and Nokia.com starting today (25 August) and it will be available for purchase starting 1 September. 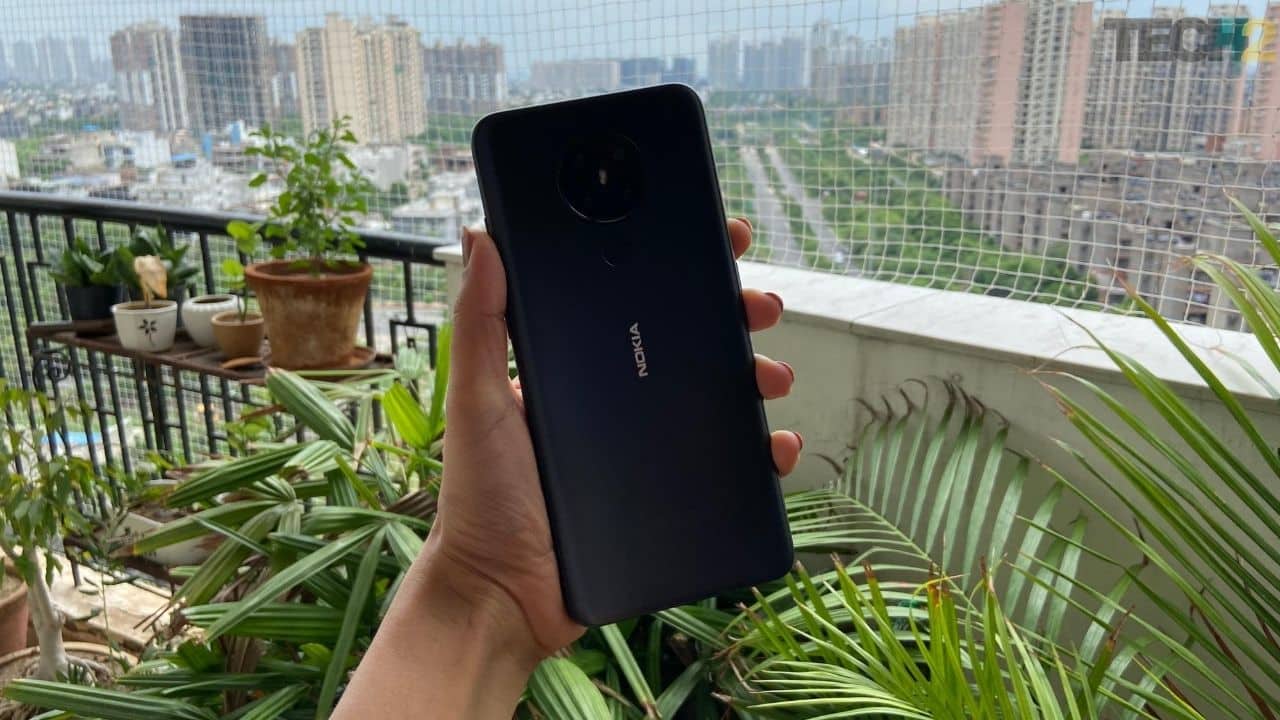 The Nokia C3 can be pre-booked starting 1 September and it will be available for purchase starting 17 September.

The Nokia 125 is priced at Rs 1,999. It comes in Charcoal Black and Powdered White colour variants. It is available for purchase starting today, i.e. 25 August.

The Nokia 5.3 features a 6.55-inch HD+ display with a 20:9 aspect ratio. The smartphone is powered by a Qualcomm Snapdragon 665 chipset and comes with up to 6 GB RAM and 64 GB storage.

The Nokia 6.3 features a quad-camera setup at the back, which includes a 13 MP primary sensor, 5 MP ultra-wide sensor, 2 MP macro lens, and a 2 MP depth sensor. For selfies, it sports an 8 MP camera on the front.

The smartphone runs Android 10. HMD Global has also promised two software upgrades for the phones, which means, it will guaranteed be upgraded till Android 12 at least.

HMD Global touts the Nokia C3 for users who make the switch from features phones to smartphones for the first time. The company has also revealed that all Nokia C3 phones are made in India.

The Nokia C3 features a 6-inch HD display. It is fuelled by a 3,000 mAh battery and is powered by a Qualcomm octa-core processor. The smartphone runs Android 10.

For photography, the Nokia C3 features an 8 MP camera at the back and a 5 MP camera on the front.

The Nokia C3 also comes with a guaranteed 1-year replacement program, under which, if you are not satisfied by the device, Nokia will replace your smartphone.

Nokia C3 with a 3,000 mAh battery will go on first sale today on the company's website

Nokia 150 feature phone now available for sale on Flipkart and Amazon at Rs 2,059

Nokia 5310 feature phone to launch today in India: Here is all we know so far

Nokia 5.3 to launch in India soon, confirms company: All we know about the smartphone