The Nokia 4 is expected to be Nokia's new mid-range smartphone offering with claims that it may replace its last year's Nokia 3 smartphone.

While rumours of the Nokia 1 and the Nokia 7 Plus launching at MWC 2018 are gathering pace, a new report now states that HMD Global's plans could well include the Nokia 4 as well. 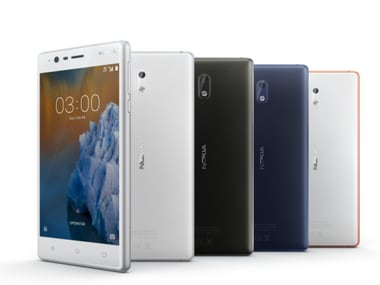 This, however, is not the first time that we have heard about the Nokia 4. A teardown of the Nokia Camera APK earlier this year had revealed its name, though there has not been any information about the device ever since. The Nokia 4 is expected to be Nokia's new mid-range smartphone offering, with claims that it may replace its current Nokia 3 smartphone. The Nokia 4 would be a welcome replacement for the Nokia 3 since it packs a much more capable chipset than the MediaTek chipset on the 3.

Based on a report from earlier today, the Nokia 7 Plus, which will likely be unveiled at MWC, will sport an 18:9 display with a design that features slim bezels and rounded corners. Both the Nokia 7 Plus and the Nokia 1, which would be HMD Global's new entry-level smartphone will be powered by Google's Android One platform.