The Nokia 2 seems promising, but 1 GB RAM and the minuscule storage could not be enticing when you get higher specs devices in the same price range.

HMD Global has been on a roll since it announced the first Nokia phone 11 months ago. There has been a constant inflow of Nokia handsets at regular intervals since. India has so far seen the launch of the Nokia 6, Nokia 3, Nokia 5, Nokia 3310 Classic. 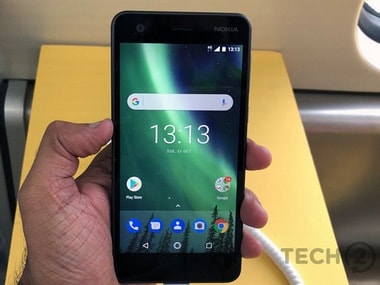 On 31 October, at an event held in Gurugram at one of the Rapid Metro stations, HMD Global announced its latest Android OS powered Nokia device - the Nokia 2. This being a global launch of the device, HMD Global has announced a global price tag of 99 Euros, and it will be available from mid-November. The company did not announce an official India price at launch, but looking at the European price, it is safe to assume that the Nokia 2 would be selling at around the Rs 8,000 price bracket, give or take a few hundreds of Rupees. We got our hands on the device and here are our first impressions. 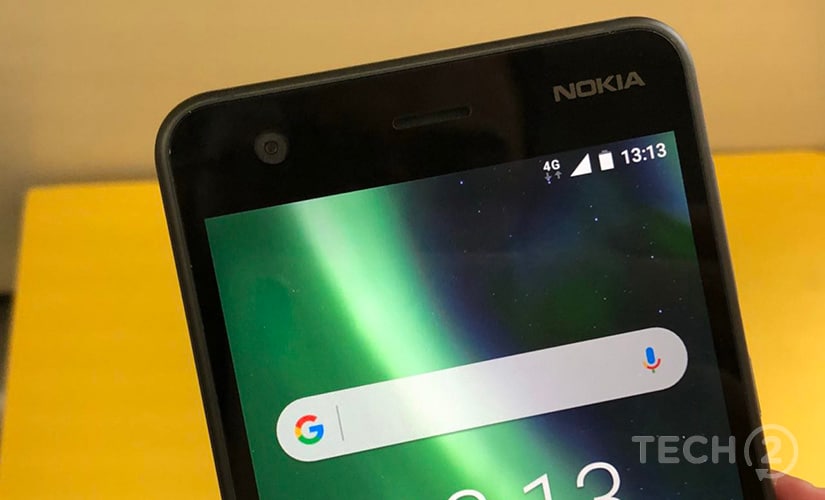 The Nokia phones that we have seen released this year have come with stellar build quality and the Nokia 2 tries to maintain that trend. Built from a single block of Series 6000 Aluminum, the Nokia 2 has a sturdy frame. The rear cover is plastic and tends to attract a lot of smudges. The device comes with a removable cover, however, the battery isn’t removable. It does provide a good grip on the device though. The reason for the removable cover is because the Nokia 2 houses two SIM card slots and a dedicated microSD card slot just above the battery section. The left-hand edge is clean whereas the right-hand side has the power/standby button below the volume rocker button. At the top, you have a 3.5mm audio jack and at the base is the microUSB charging and data transfer port. You do see antenna cut lines on the top and bottom edge. For a phone that houses a 4100mAh battery, the Nokia 2 isn’t that bulky to hold. Yes, it’s not the thinnest thing around.

On the front, you have a 5-inch HD LTPS display which is protected by Corning Gorilla Glass 3. I liked how smoothly the edge of the metal frame merged with the glass.

The Nokia 2 comes with a 5-inch HD display with LTPS IPS panel and Corning Gorilla Glass 3 protection. The display appeared decently bright and viewing angles were good in the limited time that I had with the Nokia 2. The app drawer on the Nokia 2. Image Credits: tech2/Nimish Sawant

Nokia is going with a ‘Pure, Secure, up to date’ tagline with the Android OS and to that extent, it bundles a pure Android Nougat 7.1.1 OS. There is barely any bloatware on the Nokia 2 which is a good thing. It also supports Google Assistant. HMD Global has also promised a guaranteed update to the Android Oreo 8.0 OS, but as for the timeline, your guess is as good as mine. It also supports gestures such as double-clicking the power button to activate the camera from any screen as well as from the sleep mode. 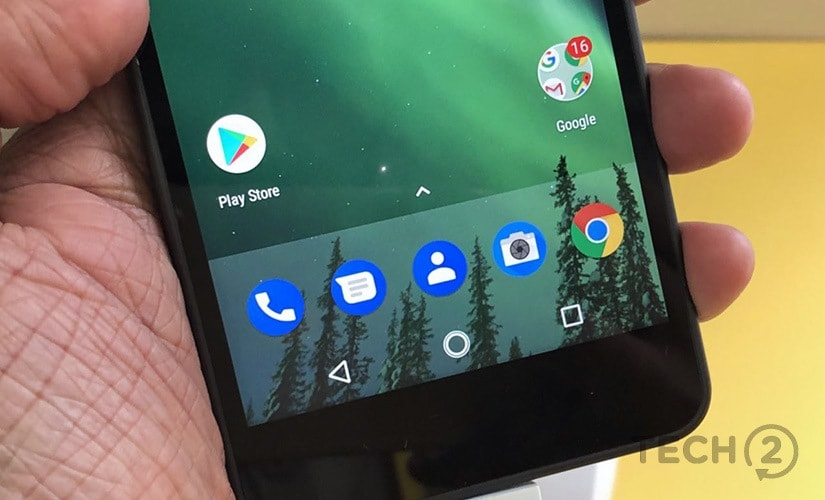 Since the Nokia 2 is targetted at the millennial crowd looking at an affordable device, it has decided to partner with Qualcomm with its Snapdragon 212 chipset inside the phone. The Snapdragon 212 mobile chipset has a quad-core Cortex A7 processor clocked at 1.3GHz, along with Adreno 305 GPU. This is paired with 1 GB RAM and 8 GB storage. Storage is expandable using a microSD card slot. The RAM and storage seem less when compared with what phones at similar price tags are offering. And considering Nokia is planning to address the millennial segment with this phone, an additional expense for a microSD card will have to be taken into consideration as the system storage itself uses up half the usable storage space. This means that users have about 4 GB of free space out of the box to install their apps and store important files. This could prove to be a deal breaker for many prospective customers.

Nokia 2 comes with an 8MP rear camera and a 5MP front-facing camera. There’s a dual-tone LED flash unit just under the rear camera. We are not yet sure of the pixel size or the aperture on the lens of the cameras. The user interface of the camera seems like a custom Nokia one and has the basic modes such as video (shoots up to Full HD), beauty mode, panorama mode, HDR mode (which is on by default). I didn’t really get to use the camera much to my satisfaction, so can’t really comment on the image quality. One thing that was being touted as the highlight of the Nokia 2 was its battery life - two days. It comes with a non-removable 4100 mAh battery. I will have to of course test the claims with regards to the battery life when actually reviewing the device. In terms of connectivity, you get a dual-SIM configuration, 4G LTE support, WiFi 802.11 b/g/n, Bluetooth 4.1, GPS with A-GPS, GLONASS and it also supports FM radio. The Nokia 2 is a well-built device and the clean Android Nougat OS is paired with a large battery and good display. On paper, it seems promising, but 1 GB RAM and the minuscule storage may not be enticing to a lot of users especially when you get higher specced devices in the same price range. We will really need to put the Nokia 2 through its paces to see how it performs in the real world. The price segment it is competing in has some proven winners from the likes of Xiaomi, Lenovo among others and specs-wise also you can get a better overall feature set for 99 Euros. It is yet to be seen how Nokia 2 comes together as a package and delivers in the real world.

Nokia 5 to go on offline sale from 15 August, say reports