NITI Aayog has selected an additional 1,500 schools for setting up Atal Tinkering Labs (ATLs) under the government's flagship programme Atal Innovation Mission (AIM) taking the total number of such labs to 2,441. 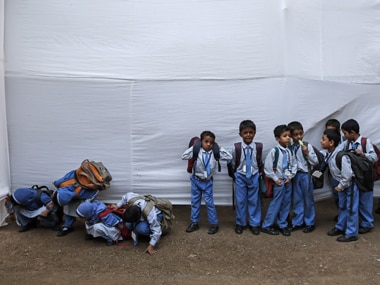 "The addition of these schools will give a major boost to realise the vision of the mission... With this announcement, AIM has selected 2,441 schools across India to establish ATLs to date since it began its operations over a year ago," a statement from NITI Aayog said.

The 2,441 schools have been selected from over 25,000 applications till date from two rounds of applications. "It will enhance the coverage of ATLs to over 98 percent smart cities and over 93 percent of the districts," it said.

ATLs are innovation play workspaces for students between class six to twelve, stimulating innovations combining science and technology. Their aim is to promote innovation and entrepreneurship in schools, universities and industry with a vision to "cultivate one million children in India as the innovators of tomorrow", it said.

"The young students who have already got exposure to creative technology platforms to nurture their curiosity, creativity and imagination from ATLs in their schools, have already started designing prototype solutions and started creative projects such as better irrigation management, waste management and sensor based solutions using IoT devices and robotics in their labs," it said.

Lauding the newly selected 1,500 schools, the Mission Director of ATL R. Ramanan said the active engagement of ATLs was extremely important in "the mission to transform India into an innovative country".

Niti Aayog will set up about 1,000 innovation labs in schools across India