Commemorating 70 years of the SUV, the Nissan Patrol Nismo will be sold only in the Middle East region.

Nissan's long-running Patrol SUV joins the ranks of Nismo-tuned cars for its 70th anniversary with the introduction of the 2021 Nissan Patrol Nismo, only available in the Middle East region. The go-faster Nismo version builds on the previous flagship of the Patrol range (which had a 400 hp V8) by packing a host of styling tweaks inside and out, 22-inch forged wheels, additional horsepower courtesy a Nismo-tune and Nismo-specific Bilstein suspension, apart from racy carbon fibre trim and Nismo bucket seats inside. 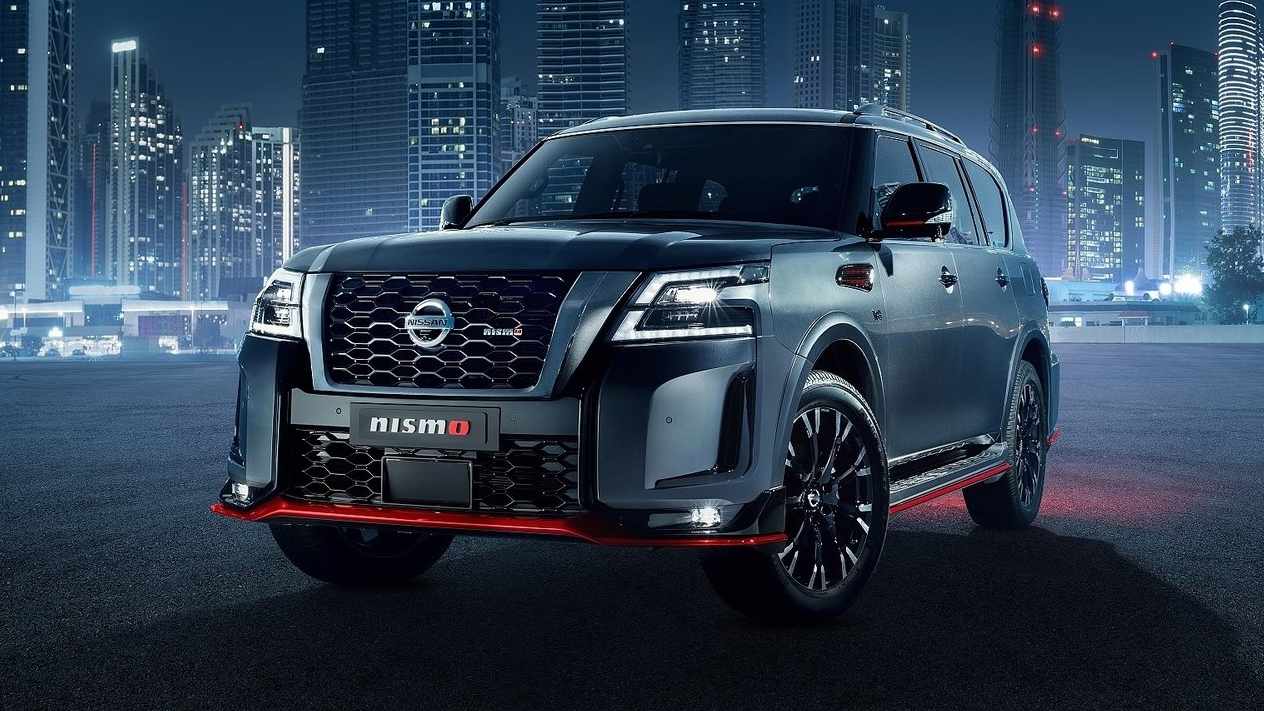 While the standard Nissan Patrol V8 packs plenty of old-school charm coupled with raw straight-line performance, the Patrol Nismo aims to refine the experience ever so slightly, with improved cabin NVH (and second row AC cooling!) thanks to improvements in isolating chassis vibrations, a good thing considering the Patrol's body-on-frame construction. The big SUV's standard independent double wishbone suspension setup with hydraulic body motion control (or HBMC) now includes components from suspension expert Bilstein, and have been tweaked by Nismo engineers as well, for a more tied down ride and flatter cornering.

Mainly, the 5.6-litre naturally-aspirated V8 from the Patrol has seen tuning at the hands of Nissan's Takumi, the four engine builders in charge of hand-building every Nissan GT-R engine. With that kind of special attention, power is up 28 hp to 428 hp at 5,800rpm, and 560 Nm at 4,000rpm, while a seven-speed automatic puts the power down. 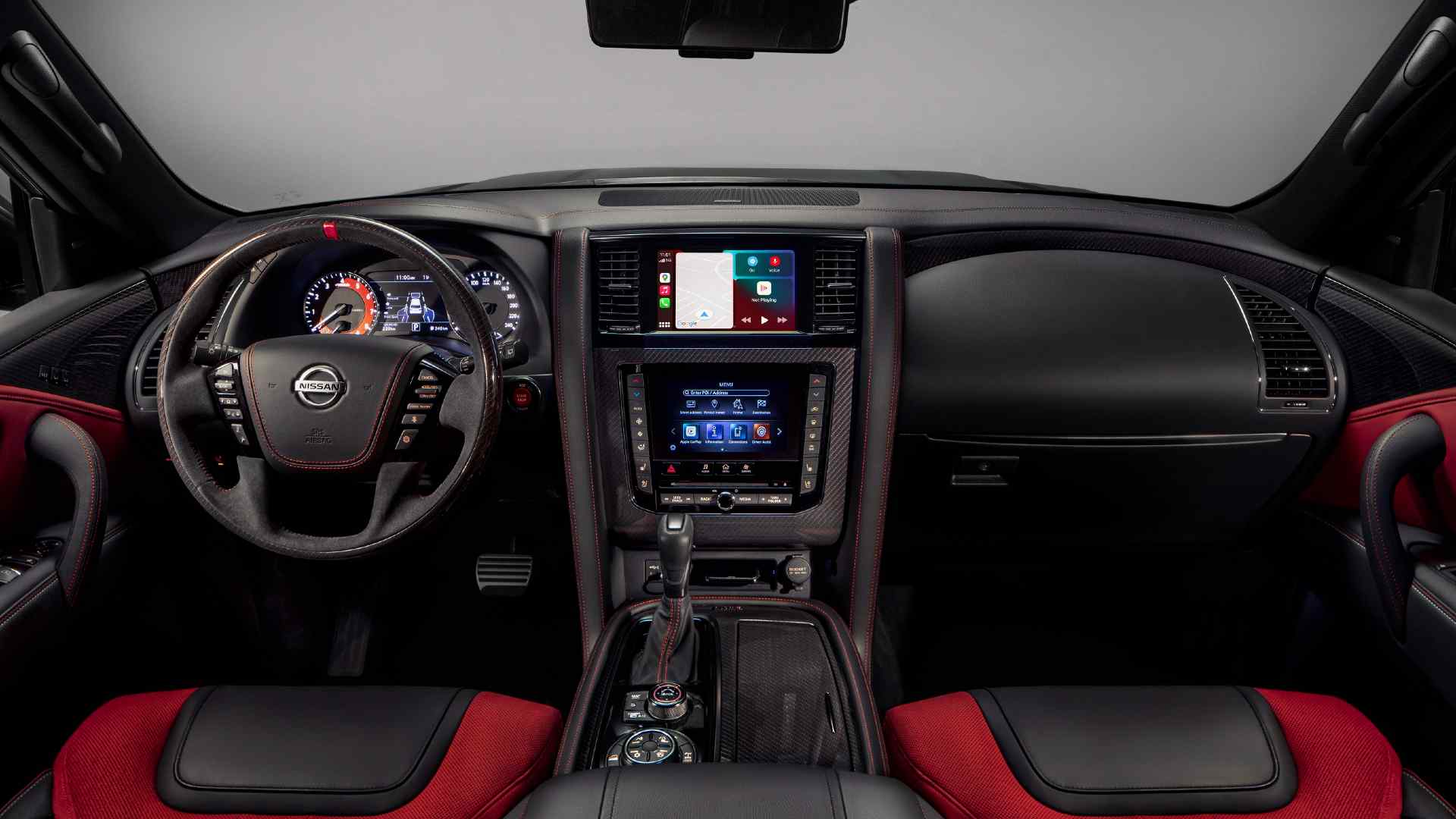 Considering the Patrol V8's kerb weight of 2,845 kg, the Nismo Patrol's weight saving of 4.5 kg in unsprung weight thanks to forged 22-inch wheels may not seem like much, but consider the standard Patrol rides on 20s, and then the savings seem more pertinent. While the basics of the brick-like Patrol haven't changed, Nismo engineers have tweaked the aero to reduce lift force at the front of the SUV to nil, while a roof spoiler theoretically smooths the flow of air over the rear of the 1,955mm-tall Patrol.