New York state will use the "textalyzer" device that will allow the police to determine whether a motorist involved in a crash was texting while driving.

New York state is set to study the use of a device known as the "textalyzer" that would allow police to determine whether a motorist involved in a serious crash was texting while driving.

Democratic Gov. Andrew Cuomo announced Wednesday that he would direct the Governor's Traffic Safety Committee to examine the technology, as well as the privacy and constitutional questions it could raise. 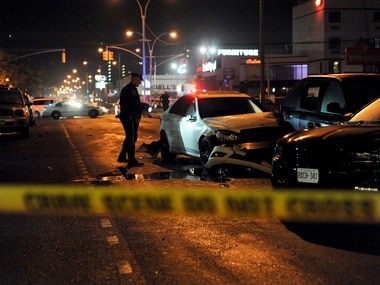 "Despite laws to ban cellphone use while driving, some motorists still continue to insist on texting behind the wheel - placing themselves and others at substantial risk," Cuomo said in a statement provided exclusively to The Associated Press. "This review will examine the effectiveness of using this new emerging technology to crack down on this reckless behaviour and thoroughly evaluate its implications to ensure we protect the safety and privacy of New Yorkers."

The device is called the "textalyzer" because of its similarity to the Breathalyzer, which is used to identify drunk drivers. It would allow police to see if a motorist had been texting, emailing or otherwise using his or her cellphone before a serious crash.

The "textalyzer" is still some months away from being ready, according to Cellebrite, the Israel-based tech company developing the device.

Privacy and civil liberties groups already have questioned whether the technology's use would violate personal privacy, noting that police often must obtain search warrants before looking at a person's phone.

The committee will hear from supporters and opponents of the technology, law enforcement officials and legal experts before issuing a report, Cuomo's office said. Particular areas of focus will include the effectiveness of the technology, constitutional and legal issues as well as how the device would be used in practice.

"We were the first state to adopt a motorcycle helmet law, a seat belt law for front-seat passengers and a cell-phone law," said Terri Egan, executive deputy commissioner of the state's Department of Motor Vehicles, who is the acting leader of the committee. "We want to make sure we consider all the impacts of the technology carefully to best ensure public safety and effective enforcement of the law."

Twelve people were killed and 2,784 were injured in cell phone-related crashes in New York state from 2011-2015, according to figures from the Institute for Traffic Safety Management and Research. State statistics show 1.2 million tickets for cellphone violations were issued in that same time period.

Over 2 crore in 15-18 age group vaccinated with first COVID-19 jab in a week, says Centre