The editor has support for a number of coding based languages such as C, C++, C#, Python, Java, Javascript and Ruby on Rails.

Demonstrating your coding skills while simultaneously video chatting  is now possible on Skype. According to Microsoft, the code editor on Skype can be accessed through Chrome and Microsoft Edge if the default language for the browsers is set to English. There is no additional software required to install for accessing the code editor. 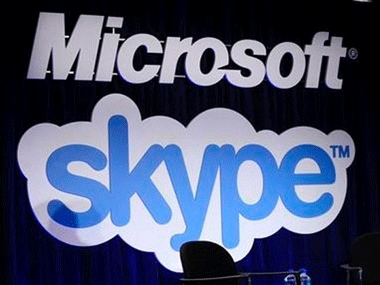 With this new feature it will become easier for people appearing for code-based interviews to just use the Skype platform show their code rather than opening a separate window. Just visit the site and press the start interview option. A URL is generated aswell so that multiple people may be able to join the interview.

The editor has support for a number of coding based languages such as C, C++, C#, Python, Java, Javascript and Ruby on Rails. There is also the feature wherein the code editor will point out syntax error in the code by highlighting the mistake. There is also no requirement for having a Skype account for using this feature. In other Skype related news, Microsoft has released version 8.3 for its Android app earlier in August. The latest version included a number of new features such as themes, activity indicators, ability to reorder of chat conversations and performance enhancements.