The Hyundai Alcazar is the three-row derivative of the Creta and will be available in six and seven-seat versions.

Hyundai has released the first images of the upcoming 2021 Hyundai Alcazar, ahead of its launch in the next few weeks. The Alcazar is the three-row iteration of the Hyundai Creta and will be available in six or seven-seat versions. The company has also revealed the Hyundai Alcazar's engine details. The big development here is that the Hyundai Alcazar will get a 2.0-litre naturally aspirated four-cylinder petrol engine, instead of the 1.5-litre naturally-aspirated and 1.4-litre turbo engines in the Creta. This engine makes 169 hp and 191 Nm.

The diesel engine is carried over from the Creta, the 1.5-litre turbo-diesel putting out 115 hp and 250 Nm. Both engines will come paired with either a six-speed manual or a six-speed torque-converter automatic. Hyundai India claims a 0 to 100 kph time of under 10 seconds for the petrol-manual Alcazar. There will be three drive modes, too - Eco, City and Sport. However, the off-road modes from the Creta seem to have been given a miss. 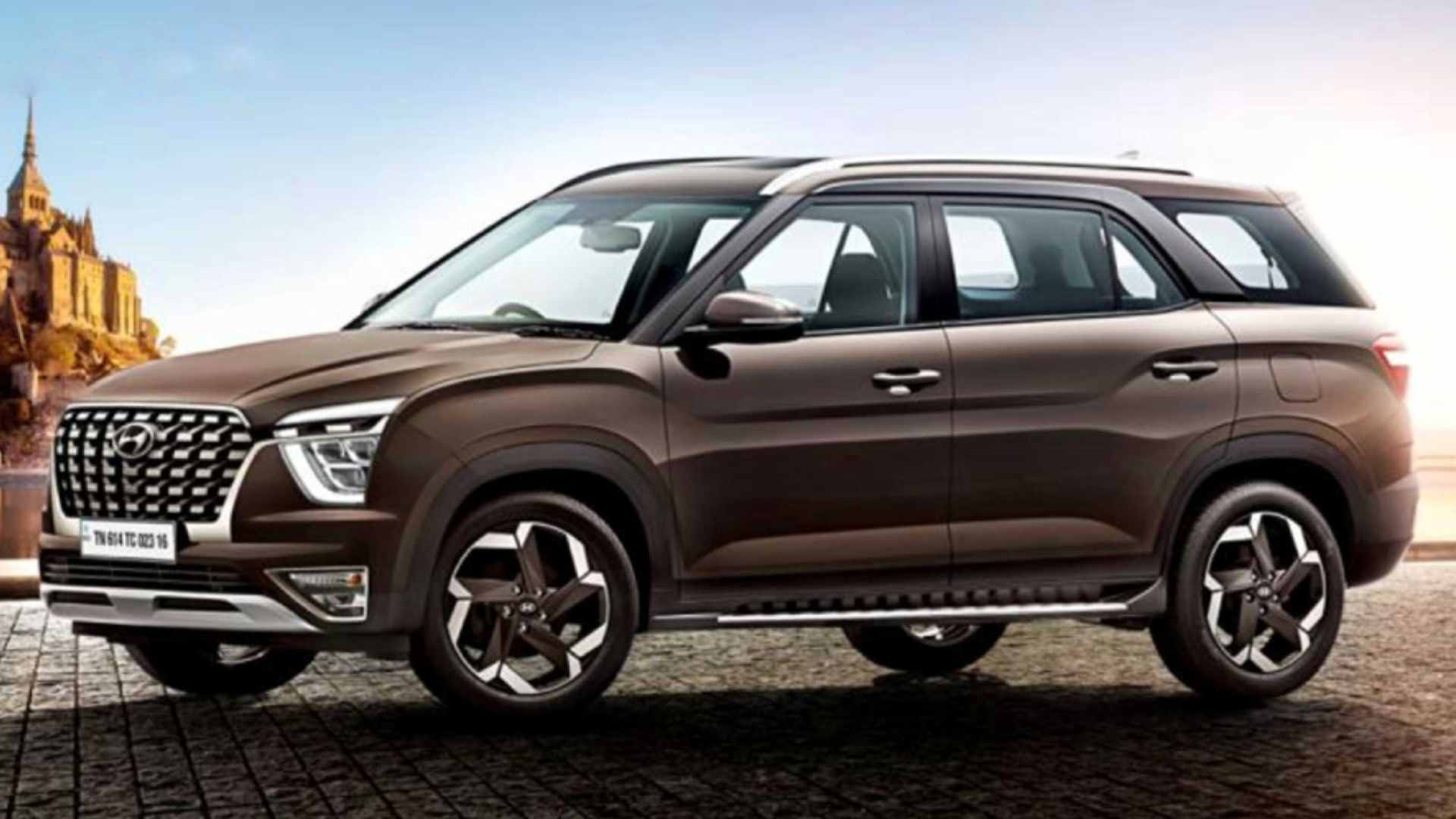 The 2021 Alcazar will also come with a sliding second row with the six-seater version getting a console armrest. The seats themselves have been optimised for more support while the wheelbase has grown by 150 mm over the Creta. Hyundai also claims significant improvement in NVH levels with more sound deadening in the body structure and changes made to the driveshaft and suspension components. The Alcazar has also been fitted with hydraulic rebound stoppers in front struts to improve ride quality. The new SUV should also come with more features over the Creta such as a 360-degree camera and more amenities for second-row passengers. The Hyundai Alcazar has a 150 mm longer wheelbase than the Creta. Image: Hyundai

The Alcazar stays true to what has been preview by the recent design sketches. The Alcazar has a boxier, extended rear section. The L-shaped contrasting roof-design element from the Creta has been slimmed down to allow for a quarter-glass for the third-row occupants while there is a new boot lid as well, with a more prominent faux skid plate. The split taillamps from the Creta have given way to more substantial LED-highlighted two-part unit. At the front, the grille is now finished with chrome studs, while the bumper design has also been revised. There is a different arrangement for the indicator and foglamps while more chrome has been added here, too. Along the sides, the longer rear door is apparent, as are the newly added running boards. Also the longer rear overhang features an extension of the Creta's kinked bodylines.

The Hyundai Alcazar will make its global debut in India in the next few days. We expect this SUV to be priced at Rs 75,000 - Rs 1.2 lakh premium over an equivalent Creta when it launches. The Alcazar will compete with the likes of the MG Hector Plus, the Tata Safari and the upcoming Mahindra XUV700 and the Jeep Compass seven-seater.