Out of the 84 percent companies who have moved on to a software-centric approach, 37 percent firms have had 11 percent average increase in revenue.

With the device manufacturing industry embracing software over hardware as its primary business model, a new report on 15 December said that 84 percent of the organisations in the sector globally have already put software at its core in delivering services and generating revenue. 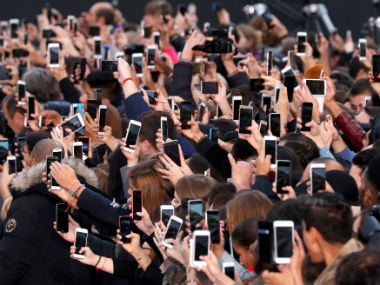 According to a report by global IT security firm Gemalto, nearly all (94 percent) device makers have invested in software development in the past five years and 88 percent of the enterprises believe the Internet of Things (IoT) is driving growth within the manufacturing industry.

"From gaining insight into product usage, to pay-per-use payment structures and on to new market penetration, all the companies we surveyed identified a real need to transform how they do business," Weiss added.

Out of the 84 percent companies who have moved on to a software-centric approach, 37 percent firms have had 11 percent average increase in revenue. They expect growth in the next five years, with the revenue from software projected to rise from 15 percent to 18 percent.

"Germany is leading the charge. All (100 percent) German organisations surveyed have boosted their software-based services over this time in last five years followed by France (98 percent) and the US (93 percent)," the report said.

The report also noted that businesses that have moved to software-based selling have seen other benefits.

Seventy nine percent businesses also report having a more flexible strategy that allows them to adapt to market change, 76 percent have better control copy protection and 73 percent are becoming more competitive in the market.

These changes are also having a positive impact for employees. The majority of businesses have retrained their employees (64 percent) and hired new ones (58 percent), with three in five (61 percent) also revealing they have or intend to reshuffle employees into different roles.