CubeSats are the light-weight satellites, weighing no more than 1.33kg per unit, that can be used for scientific research, earth observation etc.

In a first-of-its-kind initiative, the national space agencies of the Asia-Pacific region are looking towards collaboratively developing small and cube satellites, a senior Indian space official said on Friday. 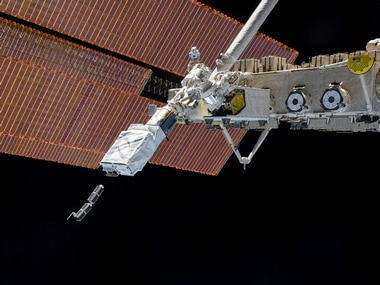 Heads of space agencies from 10 countries in the Asia-Pacific Region along with various government bodies had come together for the 24th session of the Asia Pacific Regional Space Agency Forum (APRSAF) that was held here from 14-17 November.

At the forum, working groups with space representatives from different countries had put forth few recommendations regarding space-industry-related collaborations between the countries.

"Some of the salient points that emerged during the working group recommendations include national space agencies in Asia-Pacific region collaboratively developing small/cube satellites, as data from these satellites could provide inputs to solve various issues which the region commonly faces," said Chairman of the state-run Indian Space Research Organisation (ISRO) A.S. Kiran Kumar at a media briefing here on the sidelines of APRSAF.

CubeSats are the light-weight satellites, weighing no more than 1.33kg per unit, that can be used for scientific research, earth observation etc.

Attended by over 600 delegates from 35 countries in the Asia-Pacific region, the recommendations by the countries would be followed up for implementation in the years ahead, Kumar added.

Sustainable development goals, space policy and exploration and space technology for better governance were some of the aspects on which the countries had deliberated upon during the four-day conclave.

The space agency heads asserted that working together through collaborations is advantageous for the countries as the resources are shared.