With the tech world getting divided between whether or not to regulate AI, Nasscom feels that technologies should be freely allowed to mature first.

The software industry lobby Nasscom is setting up centres of excellence in artificial intelligence (AI) and data sciences for a better understanding on the emerging technologies, a top official has said. 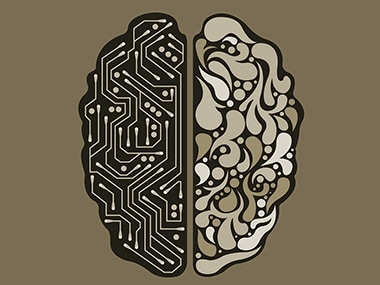 With the tech world getting divided between whether or not to regulate AI, the body feels that technologies should be freely allowed to mature first before any regulation comes in, its president R Chandrasekhar has said.

"We are setting up a centre of excellence on AI and data sciences in Bengaluru and Hyderabad. They will look at mapping the resources available in the country, promoting startups in that area and also best practices globally, including regulatory aspects," he told recently.

He, however, did not offer the investment that will go into these proposed centres nor a timeline as to when the first centre of excellence will be functional.

It can be noted that the tech world has been vertically divided over the aspect of regulation, with Tesla founder Elon Musk pitching for regulation, while Facebook's Mark Zuckerburg opposing it.

"Whichever side you are on, the time has not come to make laws which will guide behaviour of robots and create an IPC (Indian Penal Code) for robots," Chandrashekhar quipped.

He said we have been too pessimistic because of the advent of new technologies and its impact on the sector, which gets us revenues of upwards of USD 150 billion and creates 4 million direct jobs.

In the interview before companies started announcing their Q2 numbers, Chandrasekhar said the industry is on track to achieve the body's revenue growth forecast of up to 8 percent this fiscal year.

"I believe we are on track as far as the revenue growth guidance is concerned," he said. "When we said there is no need to panic, everybody said you are trying to paint a rosy picture where none exists. Now some people are saying actually things are not so bad, they are looking up now and the future looks better," he added.

He, however, conceded that new technologies will require fewer people to do the same work and added that domestic software companies are in the process of re-aligning themselves to the changing contours of their business.
tags