If the probe manages this journey then it will reportedly go 7X closer to the sun's surface than any other spacecraft.

Since the inception of NASA, scientists have been devising many ways to get closer and understand the solitary source of light in our solar system, the Sun. However, it looks like the space agency is planning to launch a spacecraft that will get closest to the sun than any other man-made object before. 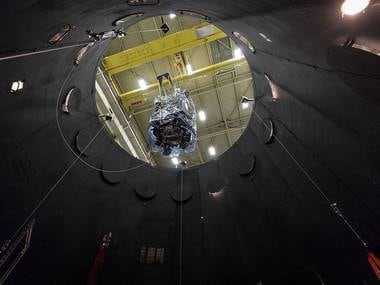 According to The Washington Post, NASA's Parker Solar Probe mission will begin a historic journey this summer and will reportedly skim through the sun's fiery atmosphere. The probe will come within 4 million miles (6.4 million km) of the Sun's surface and will travel at a speed of around 725,000 kmph.

If the spacecraft manages this journey then it will reportedly go 7X closer to the Sun's surface than any other spacecraft.

In case you are wondering that 6.4 million km is still far away from the Sun, then you should know that even at that distance the spacecraft will have to battle an approximately 1,700-degree celsius heatwave while maintaining all the lab equipment at roughly room-temperature inside it. Just FYI, 1,700-degree Celcius is enough to melt iron.

According to The Washington Post, Wilkerson, a systems assurance manager with the Johns Hopkins Applied Physics Laboratory (APL), which built the Parker Solar Probe, said it was his job to ensure that proper protocols were followed while making the spacecraft.

APL's integration and test lead Annette Dolbow, said that a Solar probe Cup will be responsible to scoop up samples from high energy particles escaping the Sun, claims the report. Also, the spacecraft has been subjected to several tests to ensure an error-free flight.

The spacecraft is ready to be packed and shipped to the launch facility in Florida.

The spacecraft will reportedly pass by Venus and use the gravitational boost to complete 24 elliptical orbits around the Sun. Let's hope the mission proves to be a success.