The NASA spacecraft will lift of at 4:39 am EDT on the company's CRS-9 cargo resupply mission, from Virginia Space's Mid-Atlantic Regional Spaceport Pad.

An Orbital ATK Antares rocket is set to launch Cygnus supply ship on 21 May to deliver tons of cargo to the International Space Station (ISS), NASA said in a statement. 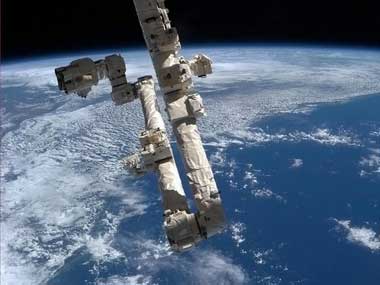 The spacecraft will lift of at 4:39 am EDT on the company's CRS-9 cargo resupply mission, from Virginia Space's Mid-Atlantic Regional Spaceport Pad at NASA's Wallops Flight Facility on Virginia's Eastern Shore.

The Cygnus spacecraft is scheduled to arrive at the ISS on the morning of 24 May.

"Weather is going to potentially affect visibility" of the launch in the region, although cloud cover can occasionally enhance views when the rocket illuminates them during flight, said Doug Voss, deputy chief of the Range and Mission Management Office at NASA Wallops.

The Antares will launch with the Cygnus spacecraft filled with 7,400 pounds of cargo for ISS, including science experiments, crew supplies and vehicle hardware. The mission is Orbital ATK's ninth contracted cargo delivery flight to ISS for NASA.