NASA's New Horizons is ready for the farthest planetary encounter in history, a visit to the mysterious Ultima Thule

NASA’s New Horizons is back after a six-month sleep and has a new target a Kuiper Belt Object called Ultime Thule; the flyby will take place on 1 January.

NASA’s New Horizons is back online after a six-month nap, and is has a new target, a Kuiper Belt Object (KBO) Ultime Thule, whose new nickname literally translates to ‘a distant place beyond the known world.’ 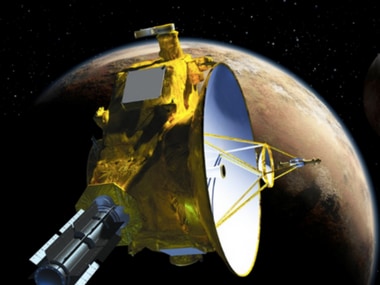 The Kuiper Belt is a relatively dense and icy expanse of space that is full of objects that are yet to be explored or even discovered. Pluto lies in this region which is at the edge of our solar system. Objects in this region are so far and so cold that they're almost impossible to locate via traditional means. Scientists, in fact, measure anomalies in the orbits of known objects to predict the presence of such objects.

In the summer of 2015, New Horizons was the first spacecraft to visit Pluto. Now, it is on an extended mission to study the environment of the Kuiper belt by observing numerous Kuiper Belt Objects.

The spacecraft woke up 3.7 billion miles from Earth and is speeding towards an icy body nicknamed Ultima Thule or KBO 486958 2014 MU69.

The Kuiper belt object has been nicknamed Ultima Thule after a mythical, far northern island, Thule, that has been mentioned in ancient Greek and Roman literature to describe “the place located furthest north.”

The flyby will take place on 1 January, 2019 and Ultima Thule will be the farthest planetary encounter in history.

“Our spacecraft is heading beyond the limits of the known worlds to what will be this mission’s next achievement,” Alan Stern, New Horizons principal investigator from Southwest Research Institute in Boulder in Colorado told Room, The Space Journal. “Since this will be the farthest exploration of any object in space in history, we're like to call our flyby target Ultima, for short, symbolising this ultimate exploration by NASA and our team,” he added.

Radio signals confirming that New Horizons had executed computer commands to exit hibernation had reached mission operations at the Johns Hopkins Applied Physics Laboratory in Maryland on 5 June. Now that it has let us know that it is alive and well, over the next two months, ground controllers will be uplinking commands to the spacecraft and will prepare it for an encounter with Ultima Thule.

It looks like the mission team at NASA will have a very tight schedule through 2018. According to reports, any data provided by New Horizons could help establish how our Solar System formed and evolved over billions of years.